In Conversation with Prof. Elizabeth Rakoczy 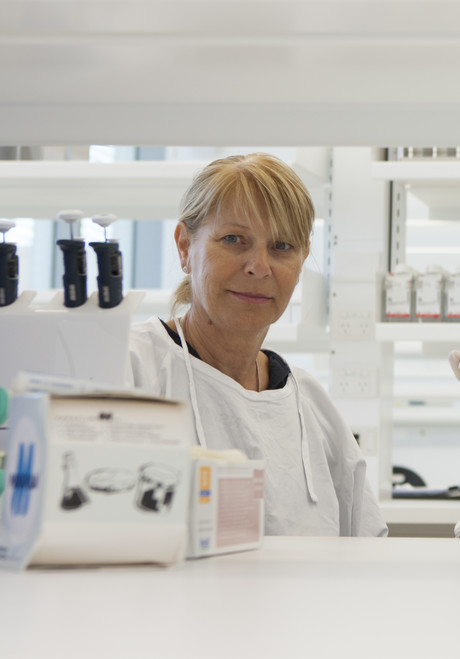 In Conversation provides a glimpse into the life of an ‘outlier’ — an exceptional person going above and beyond to improve outcomes in their field. In this issue our guest is Professor Elizabeth Rakoczy, who is modifying viruses in order to use their powers for good. She has created a new gene therapy for exudative (wet) age-related macular degeneration (AMD) that is showing promise reversing vision loss in clinical trial patients. Recently, Professor Rakoczy was awarded the $50,000 CSL Florey Medal for lifetime achievement. We talk with her about her research and her AMD treatment.

Congratulations on your award! How important is this kind of public recognition to furthering your research goals?

Thank you. This is an extremely important recognition for these emerging new technologies. To the best of my knowledge, this is the first time that the Florey Medal has been awarded for gene therapy research, so it is important for the entire industry. 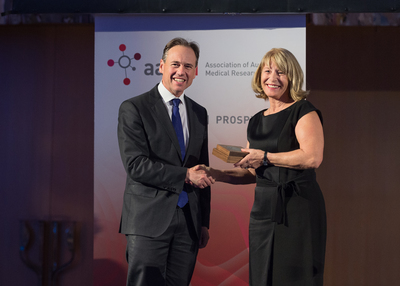 You had polio as a child, how did this influence your future career?

I had polio just for a short time, and I recovered fully from the disease. But the polio vaccine made me aware of important scientific breakthroughs in the treatment of diseases.

How does AMD cause blindness and what current treatment is there?

Not long ago, around 10 years ago, if someone had AMD the doctors couldn’t offer anything. They said “unfortunately you will go blind and we cannot help you”.

Then it was recognised that a specific factor called VEGF was inducing blood vessel growth in the eye, leaking blood into the macula. The blood destroys light-sensitive cells — photo receptors — which causes a black spot in the patient’s vision, because light isn’t detected in this area anymore.

Once the cause was known, the current treatment was developed, which is delivered by injections into the eye. This is a very unpleasant experience for the patient and it is very expensive, $2000 to $2300 per injection. Patients receive eight to 12 injections per year.

How does your AMD treatment work?

Our thinking was that we could use modified viruses to deliver a biofactory into the eye. This biofactory would produce medication within the eye, which neutralises the factor that is causing blood vessel growth.

The biofactory has two main features: One is a delivery vehicle, which is a modified virus, and the second is the content that the delivery vehicle is carrying, which is the genetic code for a molecule that neutralises VEGF. The content is a naturally occurring factor. In fact, it is present in everyone’s body.

In theory at least, when you deliver this treatment, the patient only needs to receive a single injection, and the biofactory remains operational for years to come protecting the sight.

In the laboratory, the effects of AMD are being reversed, is that correct?

Yes, but it’s not just in the laboratory, we have done human trials one and two. A larger percentage of the patients in the treatment group have had their vision maintained or improved compared to the control group, who were treated with the monthly injections. What is significant is that all the patients who continued to demonstrate visual improvement at the end of three years post injection came from the treatment group. This is an extremely important outcome. 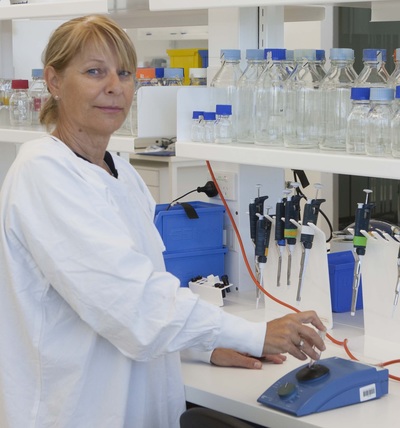 What are the visual improvements? Does the black spot get smaller?

It might if it’s caught at the right time. The black spot is caused by the blood vessels growing and leaking blood into the macula. But if you treat it quickly and stop the blood vessels leaking, then that person’s sight can recover.

So if someone has had long-term AMD, it won’t be as effective?

No. Once the light-sensitive cells are lost, they are lost.

Does your treatment help with atrophic (dry) AMD as well as wet?

No, this is only for wet AMD. Unfortunately at this point in time we do not have any treatment for dry AMD, which is the slow loss of the light-sensitive cells over 10–15 years; we don’t really understand what is causing the cell loss and we don’t have a treatment at the moment.

Can your biofactory treatment be applied to other eye illnesses?

Yes. We were using a similar approach for blind dogs. We ran large animal therapy trials, restoring sight to the eyes of dogs with Leber’s congenital amarousis (LCA), an inherited disease that causes severe loss of vision in children due to a protein missing. We injected a modified virus that carries the missing protein into the eyes of dogs with LCA and they responded; ie, they gained sight. This treatment has been approved by the FDA in the US for treatment of LCA in humans this year.

When you first started your career, you were researching viruses. How did you get involved in treatments for AMD?

I studied microbiology and biochemistry. Then I worked on the herpes virus and later on the papilloma virus and cervical cancer. It wasn’t until 1989, when I moved to the Lions Eye Institute (LEI) that I began looking into AMD. I remember reading the literature and was shocked because there was absolutely nothing known about it other than clinical descriptions of the disease.

You created a very successful mouse model for testing drugs, gene therapy, stem cell therapies and other treatments for these diseases that have been licensed to 11 universities and four pharmaceutical companies. How did this eventuate?

Back then we didn’t know what induced the blood cell growth in the retina. So we started to experiment with different growth factors and subsequently we and other researchers concluded that a factor which had been identified in the 1970s as inducing blood vessel growth in solid cancers was also responsible for neovascularization — new vessel growth in the adult eye. This factor was VEGF. We developed a mouse model that overproduced VEGF in the retina and observed that these animals developed neovascularization, ie, new, leaky vessels formed.

Your AMD treatment is being brought to market. Who is undertaking this?

A US company called Avalanche Biotechnologies Inc., which was started specifically for this purpose. They floated the company on the NASDAQ and raised $400 million for research to bring this new treatment to the market. We have completed phase one and two human trials here at the Lion’s Eye Institute. Avalanche, now called Adverum Biotechnologies, will continue with the trials later this year. If everything goes to plan, in the next three to five years we should see the new treatment for wet AMD on the market.

What impact is your wet AMD treatment likely to have?

This is what they call a disruptive technology, and a very significant one because it has significant commercial consequences. If we are to continue with these new technologies, I think it requires rethinking on an industry-wide level. 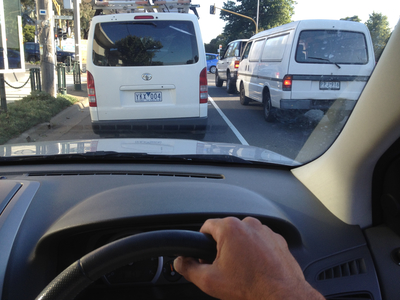 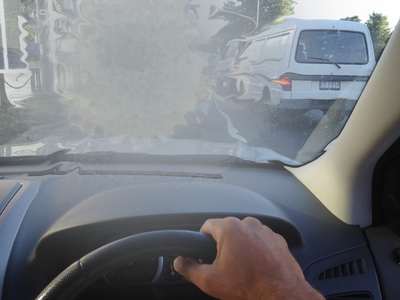 Before and after: how AMD impacts the patient's vision.Image credits: ©Erica Tandori