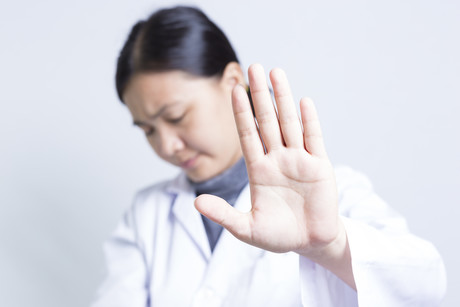 While practising hand hygiene is essential for all healthcare workers, doctors are known for non-compliance. Does this stem from medical students receiving insufficient education?

Despite hand hygiene (HH) being considered the most cost-effective measure to control healthcare associated infections, healthcare workers are known to have suboptimal HH compliance, especially doctors. One of the contributing factors could be a failure of doctors to learn this behaviour and the rationale for it as medical students.

It has been previously suggested that there is insufficient time being dedicated to teaching medical students about infection control and HH. In addition, the current medical education approaches are not addressing the issues of understanding and behaviour that are required by doctors to prevent hospital acquired infections.1

A study conducted by Duroy and Coutour2 amongst a cohort of French medical students found that HH is “always” or “often” part of a medical student’s priorities in 94% of cases, but 66.5% were dissatisfied with their HH training.

They deemed it insufficient and inadequate to the reality of their field internship. It was reported that nearly half of the participants did not know the difference between a simple hand washing and antiseptic hand washing, even though students were provided basic HH education in the second year of their medical degree.

To explore the approaches used in Australian medical schools (17/19 schools participated) we undertook an audit of teaching approaches.3 The most commonly reported approaches currently used to teach students about HH are skills stations (17/17) and case scenarios/lectures (15/17).

Clinical practical exams (15/17) and competency checks (11/17) are mostly used to assess the HH practices of medical students. Most schools outlined that teaching of infection control concepts including HH is covered twice during the medical program. Participants acknowledged that medical students do not rate learning in HH as equivalent to learning about other core medical concepts and students are not very receptive to learning about infection control and HH.

When we spoke to undergraduate medical students and the academics involved with teaching, it was postulated by participants that amongst the general student population, there are some who feel that learning about HH is just a ‘waste of time’ and inferior in comparison to learning about other medical issues/topics.4

Some participants even ventured as far as to say that students may resent spending time on learning about infection control, especially when they have so many other lectures to focus on. Undervaluing the importance of HH was perceived to result from the topic not being ‘examinable’.

The academics also suggested there is a lack of appreciation for and/or understanding of the link between HH and healthcare associated infections and the actual implications of not performing HH for themselves and their patients. The academics suggested their students were prone to ‘selective forgetfulness’ of concepts not considered important.

Both the academics and students spoke of the impact of ‘professional modelling’ on medical students during hospital practice.4 As one academic noted, the ‘poor compliance’ with HH practice amongst ‘more senior medical doctors’ was influencing HH behaviours amongst the medical students.

Such responses suggest the need for HH teaching to go beyond the formal classroom. To deflect the impact of role models, it was suggested that medical students should be forewarned that they are going to see different behaviours in the hospitals from what they have been taught in the medical school.

One suggestion is to look at how infection prevention is taught to nursing students and adapt the strategy into medical programs. We know from the literature that selling the concept of ‘prevention’ to physicians is harder than to nurses.6 Kim et al. compared the knowledge and performance of universal precautions including HH amongst 714 medical and nursing students in Korea. They reported higher level of knowledge and performance of HH amongst nursing students compared to medical students.7 According to the authors, the difference in levels could be attributed to the approach and content of the lectures and other teaching modes.

Formative assessment in the form of feeding back HH audit scores to the medical students and feedback from patients and colleagues was proposed as an effective approach. Other alternative teaching strategies suggested included approaches that would actively engage students and get them to reflect and think about the process of infection control.

Suggested examples included interviewing each other about why medical students fail to wash their hands, taking swabs from their hands and doing microbial cultures and using videos showing outcomes of not observing appropriate HH practices.

“Campus-based teaching should provide the theory, the scientific rationale... and then in a clinical setting it is more about reinforcing that message and the practical applications.”

While there have not been any studies which have identified the optimal approach to teaching infection control and HH concepts, it has been suggested that more attention and innovation is needed. In 2017 we undertook a pilot study to evaluate the impact of a new HH teaching module on the knowledge and attitudes amongst medical students towards HH. The teaching module significantly improved knowledge about HH indications and duration, the use of HH materials and the ‘Five Moments for HH’. It also improved the students’ attitudes towards HH. The teaching approach was based around scenario-based learning as it supports students to appreciate the realities of their intended professions through the construction and deconstruction of authentic learning experiences. Additional work is warranted to evaluate the impact of this intervention on actual HH compliance of medical students.8

Research to date suggests that a single-point education session on infection control will not result in long-term information retention amongst medical students. Thus, indicating that repeated exposure is necessary for retention of key information. We must also examine new approaches to support student learning when they transition into the clinical setting.

^Dr Rajneesh Kaur is a researcher in the Prince of Wales Clinical School, University of New South Wales, Sydney. She is a mixed methods researcher and her research interests include preventative medicine, infectious disease epidemiology and control, vaccine preventable diseases and hand hygiene.

*Dr Holly Seale is a Senior Lecturer at the School of Public Health and Community Medicine, University of New South Wales. She leads a program of research that is focused on the social science aspects of infectious diseases and infection prevention, and has a special interest in how we educate, communicate and engage staff and patients around infection prevention, antimicrobial resistance and control.