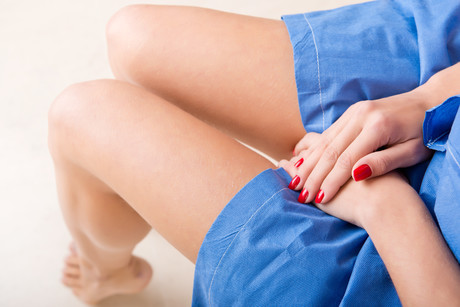 Cancer Council NSW and the Victorian Cytology Service (VCS) have presented the results from the first phase of what is said to be Australia’s biggest clinical trial, comparing the effectiveness of human papillomavirus (HPV) testing to the common but somewhat unpopular practice of Pap tests.

Many countries are considering switching from the classic Pap test — which involves checking cervical cells for abnormalities or cell changes that might lead to cervical cancer — to primary HPV tests — which test directly for the virus that causes the cancer. Australia itself is currently preparing to transition to a renewed National Cervical Screening Program, which, among other changes, will introduce primary HPV screening.

The switch comes on the basis of strong evidence linking cervical abnormalities and infection with certain HPV types, as well as data suggesting that HPV tests detect more high-grade precancerous lesions. However, no study has yet compared the different methods in a population in which younger women had been offered prior HPV vaccination.

The Compass trial looks at how HPV screening detects high-grade cervical abnormalities in comparison to liquid-based cytology (conducted via the Pap test), in a population with substantial uptake of the HPV vaccine. The new screening program had previously been estimated to lower cervical cancer incidence and mortality by at least 20%.

The first phase of the trial recruited women aged 25–64, who attended a routine screening at 47 participating practices in Victoria and also provided a cervical sample. The aim of the analysis was to assess detected precancerous lesions in the baseline screening round, and to determine the rate of colposcopy referral in HPV screening.

In the lab, samples from the women were randomly assigned to one of three possible test pathways: cytology (with HPV testing of low-grade abnormalities); HPV testing, with partial genotyping of the virus for the highest risk types HPV16 and 18, and cytology for participants with other high-risk HPV genotypes); or HPV testing with partial genotyping and dual-stained cytology, a newer method that might be used in the future. In the first screening round of the trial, the researchers assessed the rates of women being referred for further testing and of detection of CIN2+ precancerous lesions.

“We found that the HPV test was substantially more effective at picking up high-grade abnormalities compared to the Pap test.”

The increased detection of high-grade abnormalities of precancerous lesions (CIN2 or higher) provides the option for earlier treatment, thus leading to longer term protection against the development of CIN3 and invasive cancer. According to Professor Canfell, “This adds to existing evidence about how much more accurate and effective HPV screening is.”

The study results have been published in the journal PLOS Medicine and praised by researchers around Australia, with RMIT University’s Dr Margaret Heffernan noting the study was “undertaken by internationally recognised and respected Australian cervical cancer and HPV scientists and clinicians” and that “the research methodology is robust and benchmarked against other international studies”. She did, however, suggest that in future, the study should be extended to women who do not routinely attend for screening, “including women from vulnerable and therefore high-risk populations”.

Professor Rachel Skinner, from the University of Sydney, was meanwhile keen to point out that HPV testing was superior to cytology in both the younger, vaccinated age group as well as the older, unvaccinated age group. The research thus provides “empirical evidence on the superiority of HPV screening in an Australian context”, she said, which will reassure both clinicians and women who are concerned about cervical cancer risk.

Australia’s new cervical screening program will commence on 1 December this year, with women aged 25 years and over to be offered a five-yearly HPV test in place of the two-yearly Pap test. Women who have received HPV vaccination are advised that they still need to participate in the screening program, as the vaccine currently in use only protects against 70% of the HPV types that can cause cancer.

“The findings of this research will reassure Australian women that the new changes in screening for cervical cancer that come into effect in late 2017 are a scientific improvement on the Pap test that we currently have, and have better capacity to detect pre-cancer or cancer of the cervix and therefore will help save lives,” said Dr Heffernan.

“The recommendation that cervical cancer screening via HPV testing be undertaken every five years is based on new knowledge arising from scientific research that has been undertaken around the world, including this Compass trial. This will give women peace of mind. It will also be of great advantage for women who have not had the HPV vaccine, or for those women who find the previous Pap test uncomfortable and embarrassing.”

The second phase of the Compass trial is currently recruiting, with a target of 121,000 participating women for either routine screening or follow-up management. Women residing in Victoria and South Australia aged 25 to 38 years are likely to be eligible to participate and can get more information at http://compasstrial.org.au.