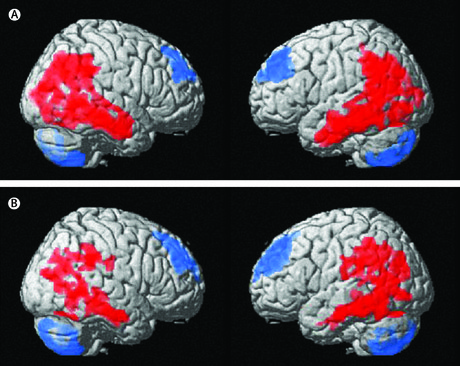 A small study published in The Lancet Psychiatry reveals that deep brain stimulation (DBS) might alter the brain circuits that drive anorexia nervosa symptoms and help improve patients’ mental and physical health. DBS is currently used to target the brain circuits involved in Parkinson’s disease, dystonia and tremors, where it has been shown to be highly effective in controlling symptoms.

Treatment-resistant anorexia has the highest mortality rate of any psychiatric disorder. Worldwide, 0.5% of people have anorexia, and teenage girls account for the majority of cases.

While the study only included 16 women, it suggests that the intervention is safe and could help improve some symptoms of anorexia, but more research is needed.

The study followed women aged between 21 and 57 years old, who had had anorexia for an average of 18 years and were severely underweight (with an average BMI of 13.8). They were selected for the study as all other available treatments did not work for them and they were at risk of early death because of anorexia.

All patients underwent DBS, which involves implanting electrodes and stimulating areas of the brain that control dysfunctional behaviours.

The study looked at how safe DBS was for patients with anorexia and how it affected their BMI, mood, anxiety and wellbeing. Using PET scans, the researchers also looked at how brain activity changed after one year of stimulation.

Electrodes were placed into their subcallosal cingulate, an area located in the centre of the brain that has been shown to have altered serotonin binding in patients with anorexia. Once implanted, the electrodes stimulated the area for one year at a level of 5–6.5 V every 90 microseconds.

The treatment had few serious adverse events; however, five patients had pain that persisted for longer than usual following the surgery (more than 3–4 days) and one had an infection at the site of the surgery which resulted in the electrodes needing to be removed and reimplanted. Most adverse events were a result of the patients’ chronic anorexia and included having very low sodium and potassium levels. One patient had an unexplained seizure several months after their electrodes were implanted.

During the study, two patients, possibly uncomfortable with their weight gain, asked to have the electrodes removed. This meant that there were only 14 patients included at follow-up.

For these patients, mental health symptoms improved over the study, with mood and anxiety symptoms reducing in five patients and depression reducing in 10 out of 14 patients. They also reported better quality of life.

While psychological symptoms improved soon after the stimulation began, changes in weight started after three months, suggesting that improving mental health symptoms may precede or even enable changes in weight. Over the course of the study, average BMI of the group increased to 17.3 — an increase of 3.5 points — and six patients achieved a normal BMI (of 18.5 or more).

When comparing the scan results for brain activity before treatment and after a year of stimulation, the researchers found that there were changes in the regions linked to anorexia, suggesting that DBS was able to directly affect the related brain circuits.

“Anorexia remains the psychiatric disorder with the highest mortality rate, and there is an urgent need to develop safe, effective, evidence-driven treatments that are informed by a growing understanding of brain circuitry,” said study author Professor Andres Lozano, University of Toronto, Canada.

“While our results show some early promise, more research will be needed before this becomes available for patients with anorexia. Our findings emphasise the need for continued research into novel neuromodulation strategies for anorexia nervosa, and for psychiatric disorders more broadly.”

“Our study suggests that a focal brain intervention, deep brain stimulation, may have an impact on the circuitry of symptoms that serve to maintain anorexia and make it so difficult to treat,” said lead author Dr Nir Lipsman, Sunnybrook Health Sciences Centre, Canada.