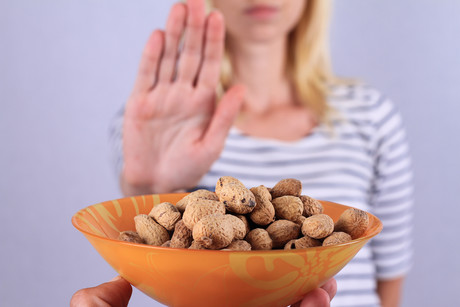 Researchers at the Murdoch Children’s Research Institute (MCRI) have found that the clinical trial is showing long-lasting effects, more than four years after the original study.

Research led by Professor Mimi Tang, who pioneered the probiotic and peanut immunotherapy treatment (PPOIT), followed up children four years after they completed the initial trial. Children in the original PPOIT randomised trial were given either a combination of the probiotic, Lactobacillus rhamnosus, together with peanut protein in increasing amounts, or a placebo, once daily for 18 months, then tested to see if they had developed tolerance to peanut.

Amazingly, more than 80% of children who received the combination PPOIT were able to tolerate peanut at the end of the trial, compared to less than 4% in the placebo group. Children who developed tolerance to peanut in the first trial were instructed to introduce peanut as part of their normal diet after the study ended; whereas children who remained peanut allergic were advised to continue peanut avoidance according to current care.

The latest study, published in the prestigious Lancet Child & Adolescent Health investigated whether the benefits of the oral treatment were maintained four years later.

Prof Tang said the new study showed that the majority of PPOIT-treated children who tolerated peanut at the end of the original trial were still eating peanut without reactions four years later.

“The probiotic and peanut oral immunotherapy treatment, or PPOIT, was associated with long-lasting ability to tolerate peanut four years after stopping the treatment.

“Of the PPOIT-treated participants who achieved short-term tolerance at the end of the original trial, 80% were still eating peanut and 70% had long-lasting challenge-proven tolerance four years after stopping treatment,” Prof Tang said.

“These children had been eating peanut freely in their diet without having to follow any particular program of peanut intake in the years after treatment was completed. Over half were consuming moderate to large amounts of peanut on a regular basis, others were only eating peanut infrequently. The importance of this finding is that these children were able to eat peanut like children who don’t have peanut allergy and still maintain their tolerant state, protected against reactions to peanut. We are now examining whether these beneficial effects of our novel treatment have also resulted in improved quality of life.”

“These findings suggest our treatment is effective at inducing long-term tolerance, up to four years after completing treatment, and is safe,” she said.

“It also suggests the exciting possibility that tolerance is a realistic target for treating food allergy. This is a major step forward in identifying an effective treatment to address the food allergy problem in Western societies,” Prof Tang said.

Ten-year-old Olivia first became involved in the peanut allergy trial when she was two and a half. At around that age she reacted to just a small bite of a peanut butter sandwich. Her lips began to swell. Olivia’s mother, Tanya, said that having a child with peanut allergy was extremely stressful.

“Going to parties and play dates required extra planning — making sure we took Olivia’s Epipen and taking food for her. She could not even easily go into play centres at shopping centres — nothing could be done spontaneously.

Being part of the PPOIT trial changed Olivia’s life. After all the organising, checking and avoiding they had to do from the age of two until nine, the family were a little nervous about sending Olivia to camp without an Epipen.

“Previously, I had to explain to parents about the Epipen if I had to leave her somewhere. By the time she went on camp in grade 3 (last year) she was given the all clear and the Epipen was not required,” Tanya said.

“Olivia has never had an anaphylactic reaction, so we’ve been really lucky. She can now eat peanuts. At least now there is no pressure when we go out, she goes to a friend’s house, or on camp. We can completely relax about all those things,” Tanya said.

The prevalence of food allergy has risen dramatically in recent decades. While allergies to egg, milk, wheat and soy generally resolve during childhood, nut and seafood allergies often persist throughout life.

How does it work?

By introducing the probiotic Lactobacillus rhamnosus, in conjunction with peanut protein, researchers believe they have been able to modify the allergic response to peanut so the immune system produces protective responses, rather than a harmful response, to the peanut protein.