COVID-19 vaccine: who's in the running? 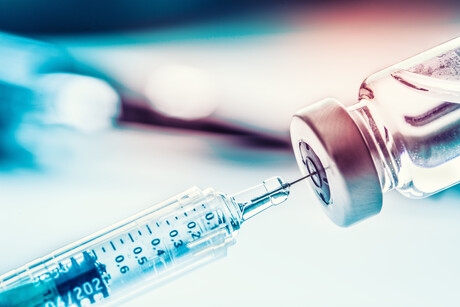 With more than 800,000 deaths worldwide and multibillion-dollar economic damage incurred weekly, all eyes are firmly fixed on the 100+ vaccine candidates currently competing to tackle COVID-19.

Aside from providing a light at the end of the tunnel, tracking vaccine progress is vital. To secure enough national supply, governments must sign advanced purchase orders of vaccines, long before they are approved for sale.

This means having a clear understanding of how each candidate is performing in clinical trial phases. Back the wrong candidate and governments run the risk of leaving no alternative options.

But although just a handful of COVID-19 vaccine manufacturers have made it as far as human trials so far, picking a likely winner is not as easy as it seems.

In total, more than five different vaccine methods are being trialled: some allowing for faster candidate selection but tripping up on safety and tolerability tests, others utilising a more drawn-out yet reliable method.

So, who is currently leading the COVID-19 vaccine race?

As it stands, just eight vaccine manufacturers have been approved for phase III clinical trials — the final phase before a regulatory green light.

The US Government has selected three of these to fund for phase III trials under Operation Warp Speed: Moderna’s mRNA-1273, the University of Oxford and AstraZeneca’s AZD1222, and Pfizer and BioNTech’s BNT162.

At a glance these candidates appear to hold the most promise, but a look through a more discerning lens reveals some upcoming hurdles for these vaccine varieties.

The AZD1222 candidate, for example, uses a controversial method — one that has never been approved for human use in more than 25 years of experimentation.

Its adenovirus vector-based approach — which works by infecting someone with live virus cells — must find an elusive balance between “immunogenicity” and “tolerability”, Professor Nikolai Petrovsky of Flinders University explained.

“The problem with this method is that you are treading a fine line. If you don’t give someone a strong enough infection dose with the vaccine virus, it won’t have much effect — that is, it won’t be sufficiently immunogenic,” Professor Petrovsky said.

“Conversely, if you give a high dose of virus to try and get sufficient immunogenicity, it could generate unacceptable levels of toxicity. Subjects will then experience symptoms of a bad viral infection. If you can’t find that sweet spot — which for some viral vectors simply does not exist — then it’s not viable.”

Recently, the AZD122 solution has shown an acceptable safety profile and good antibody responses, maintaining its position in the race. However, the track record of its methodology suggests we should back it with caution. It may still turn out to be unsuitable for large segments of the population, or confront other serious safety issues.

The US Government’s remaining top pickings — BNT162 and mRNA1273 — use the equally controversial mRNA approach. This method is also unproven, with no mRNA solution ever being approved for sale in two decades of research.

Like adenovirus vectors, synthetic mRNA vaccines also tend to generate toxicity, as foreign RNA within cells is often interpreted by the body as a viral infection. In response, the cells can inflame, causing flu-like symptoms such as fever, weakness and muscle aches.

For this reason, high-dose arms had to be discontinued in Moderna’s clinical trial for its mRNA-1273 solution.

Although it has since progressed to phase III trials using a smaller dose arm, it is yet to be seen whether this formula will move the needle in terms of immunogenicity.

Now rapidly advancing from the middle of the field are a number of recombinant spike-protein-based vaccines, produced by the likes of Adelaide-based company Vaxine as well as Novavax, Sanofi and Sequiris.

These synthetic protein-based vaccines are more complex to design — and hence slower to produce — but are widely believed to be the most reliable vaccine technologies. Their tried-and-tested method forms the basis of many modern vaccines, including approved formulas for influenza, hepatitis B and human papilloma virus.

Spike-protein-based solutions tend to generate a pure, non-infectious, non-inflammatory vaccine that is safe and well tolerated. While the pure spike protein by itself may have low immunogenicity, this issue is solved by adding an ‘adjuvant’ — an immunogenicity turbocharger.

Although this vaccine variety may not have been the first to bolt out the door, its slow but steady formula may hold out for longer than its counterparts.

“We are confident, based on previous experience of using the recombinant spike protein method, that this approach will offer strong and durable protection against COVID-19, without causing any safety issues,” Professor Petrovsky said.

In other words, those that are currently leading the COVID-19 race aren’t necessarily the most likely to cross the finish line. In fact, history tells us that they may not cross it at all.

An international team of human and animal health experts has identified areas at risk of...

AstraZeneca's results signal more good vaccine news — but efficacy is only the...

Next Science has announced the Australian launch of Bactisure — a surgical wash that...