Contaminated machines used in cardiac surgery cause infection in patients 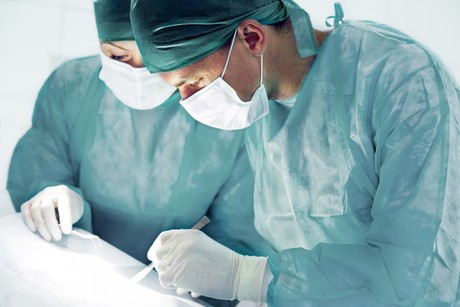 Melbourne researchers have used cutting-edge genomics technology to show a strain of a bacteria can be transmitted to patients from machines commonly used to regulate body temperature during cardiac surgery.

Mycobacterium chimaera is a bacterial pathogen which has previously been linked to LivaNova Stockert 3T heating and cooling units in hospitals in the Northern Hemisphere.

The infection can cause serious illness; however, it may be treated with antibiotics. Three cases of the infection have been reported in Australia — two in New South Wales and one in Queensland.

In a collaboration with sites across Australia and New Zealand, researchers from the Peter Doherty Institute for Infection and Immunity (Doherty Institute) have confirmed that the units are the source of the Mycobacterium chimaera transmitted to patients.

Results from the analysis of 48 Mycobacterium chimaera samples obtained between May 2015 and July 2016 — the majority from the heating and cooling units in question, plus five from patients — were published recently in the New England Journal of Medicine.

The deputy director of the Microbiological Diagnostic Unit Public Health Laboratory at the Doherty Institute, Dr Deborah Williamson, said it’s thought the units had been pre-contaminated at manufacture.

“We think aerosols from the contaminated heater and cooler units drop into the sterile field during surgery and cause an infection,” Dr Williamson said.

“It’s a very hardy pathogen and, because it causes a latent infection, symptoms may not appear for months after surgery.

“We have uncovered this major public health problem using whole-genome sequencing technology and through national and international data sharing. In addition, we are developing a rapid diagnostic test for machine contamination and to detect Mycobacterium chimaera infection in patients.”

“We have identified fragments of DNA that are present only in this pathogen and used this unique signature to develop this new test,” Professor Stinear said.

“This test could be used to detect the bacteria in the units before use or to test for the infection in patients after cardiac surgery, potentially saving lives.”