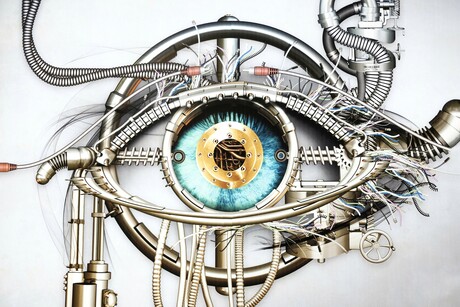 Queensland is fast becoming a vibrant hub of bionics innovation in Australia, with a host of medtech talent committed to addressing the needs of people around the world living with complex disabilities, chronic diseases and previously untreatable health conditions.

Bionics Queensland — a not-for-profit launched in 2019 — is playing a key role in identifying and accelerating human bionic innovations and is on a pathway to fast-track neural and AI-enabled bionic devices, myoelectric and robotic limbs, biofabricated implants and artificial organs, prosthetics and wearables.

Key to encouraging and fostering innovation in this field is the advent of the Bionics Queensland Challenge. Held for the first time this year, the Challenge brings grassroots innovators, hospital clinicians, academic researchers and industry practitioners together to turn groundbreaking ideas into real solutions.

“We are confident that hosting the Challenge annually will boost Queensland’s medtech breakthroughs and progressively bring life-changing bionic devices and treatments to the market to transform lives,” she said.

“We are establishing a bionics lab of collaborative industry stakeholders, researchers and scientists to engage Queenslanders and interstate and offshore partners in an exciting array of innovations.”

The inaugural Bionics Queensland Challenge 2020 has awarded seven innovative projects a share in $170,000, which will be used to fast-track market testing and manufacture of new medical devices, treatments and allied health services to assist those living with chronic diseases and complex disabilities.

Supported by the Advance Queensland program, the Challenge awards three major category winners $50,000 each and provides $5000 to each of four promising teams with early-stage bionic innovations.

Trent Brooks-Richards and his team from the Biofabrication and Tissue Morphology Group at the Queensland University of Technology are growing bespoke tissue-engineered vascular grafts (TEVGs) via soft robotics to treat peripheral artery disease (PAD), which affects 200 million people across the world each year.

Currently, PAD is treated with the use of stents or an autograft, which involves excising an artery from another part of the body and then using this to replace the diseased artery.

Brooks-Richards explained that the main problem with this strategy is that 40% of those needing a graft do not have enough healthy vascular tissue for the procedure. “In these cases, a synthetic graft is currently the primary alternative. However, synthetic grafts are not currently able to match the mechanical properties of the artery, do not allow for the tissue to regenerate and may need replacing due to wear or if the patient is still growing, ultimately leading to more surgeries, placing stress on the patient and the healthcare system. Synthetic grafts can also cause complications with some patients as their body can react adversely to the foreign material, which is why lifelong medication is often required after surgery,” he said.

Brooks-Richards and his team have developed an innovative approach to create anatomically and functionally bespoke TEVGs.

“One of the key challenges of lab-grown arterial tissue is that it doesn’t have the same mechanical features as the arteries in the body, which are continually working and stretching as blood travels throughout the body and the patient moves during daily activities. Without mechanical input, the tissue doesn’t know how to act as an artery, so we have to train it to do so,” Brooks-Richards explained.

“Using soft robotics in the laboratory, we can impart mechanical stimulation to the tissue so it will grow as it should and function as it should once it’s transplanted into the body.”

To create the framework on which the artery grows, the team 3D prints a structure based on the patient’s CT data, which is used to create a scaffold that mimics the artery’s exact position in the body and will eventually dissolve to be replaced by the body’s tissue. This means that the resultant arterial tissue will be anatomically bespoke to precisely fit the patient’s body.

The method has great promise to improve outcomes as transplant rejection and excision-site comorbidities are redundant. 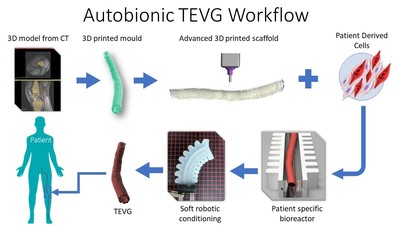 Brooks-Richards expressed that the Bionics Queensland Challenge had provided the team with an amazing opportunity to take the technology forward.

“The process of taking a concept through to market is long and expensive, so winning the Challenge has enabled us to take the next step much faster than we would have done otherwise.

“We have been provided with exposure to individuals with skill sets and expertise that have helped bring together the multidisciplinary components of our project.

“I believe the Challenge is an important way to not only accelerate positive change in people’s quality of life, but also expose the general public to the fantastic work that is taking place in bionics and to inspire students by showcasing so many potential STEM career opportunities for the future.”

Dr David Painter and his team are using gaming technology to disrupt traditional methods of assessing spatial attention in people who have sustained brain injuries.

Implementing virtual reality (VR) systems, the team has created an attention-mapping tool known as Attention Atlas. Patients wear a headset that allows them to experience a 3D virtual space and are tasked with finding a particular letter amongst other letters spaced across a spherical surface. A controller allows them to point to the target letter. During this process data is collected and analysed by AI.

“A key problem with stroke to the right hemisphere of the brain is the resulting damage to someone’s ability to pay attention,” Dr Painter explained.

“Injury to this part of the brain commonly renders an inability to see objects in the left field of vision.”

The team has developed a driving simulator game to train the brain to pay attention. The action-based game demonstrates the negative consequences of not paying attention to the user. The combination of attention mapping and the driving intervention have had a positive impact on attention recovery. 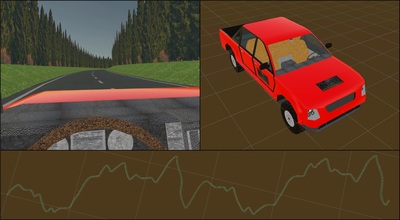 Dr David Painter and his team have developed a driving simulator game to improve attention.

“By creating a VR-enabled assessment we can map the attention component and offer the driving simulation to improve attention deficits.”

Although the precise mechanisms are yet to be determined, the driving game intervention may restore some of the hemispherical balance that is disrupted by stroke. It’s about rewiring and restructuring the brain — to train one part of the brain to take over the function of another.

Dr Painter explained that one of the major benefits of implementing gaming technology is that it has a good price point, is user ready and already has an established market.

With an academic background in neuroscience, Dr Painter said that one of the great things about the Bionics Queensland Challenge is that it has encouraged the team to see their product from a different perspective, outside of an academic scope.

“The Challenge has encouraged us to think about how our work might be applied and commercialised in the real world.

“Working with rehabilitation clinicians has helped us to build a network and achieve broader outreach, and thinking about how the product is used in the clinic has helped us build on our research and think about end-user application.

“The next step is market validation, which will involve working with more clinicians and using their feedback to prepare the product for the market.”

Smart prostheses with a bionic sense of touch

Dr Pandey’s research endeavours to integrate light and electronics into parts of the body to create a bionic sense of touch. He and his team have created ‘electronic skin’, which can emulate the sense of touch. 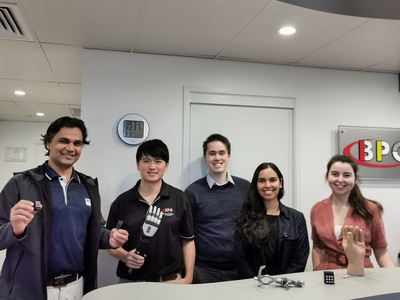 Dr Pandey and his team.

“We take for granted many of our interactions in the physical world,” Dr Pandey said.

“Without a sense of touch, everyday tasks such as grasping and lifting objects become extremely challenging, and this is a major problem faced by amputees — the loss of touch translates into a loss of function.”

Dr Pandey explained that the main challenge is to create an electronic sense and meld this with prosthetics. The team is investigating opto-electronic components embedded in the prosthetic, which can sense the application of pressure and then feed this information to the nerves, which is then carried to the central nervous system (CNS).

“Biological signalling processes employ ion transportation via sodium, potassium and calcium channels to send messages from the CNS to peripheral limbs. We are attempting to use devices to convey this message via a transducer that conducts both electrons and ions.”

By developing a bioelectronic interface, the team hopes to create a solution that will convert electron signals to ionic signals and vice versa — this will allow electronic messages to be translated to biological nerves.

“The great thing about this technology is that it can be applied anywhere in the body, as the signalling process is the same.”

Dr Pandey said that the Challenge has provided a way to transform advanced academic knowledge into a real-world device.

“Publishing papers is all well and good, but end users do not usually see the realisation of academic ideas. Having support from funding bodies and access to interdisciplinary stakeholders on one platform is a resource that allows innovative research to be converted into cutting-edge technology.”

Shortly after welcoming the arrival of her second child, Kelly Evans'* blissful...

DNA used to determine the age of lobsters

E-signature rollout... what could go wrong?