Collaboration is key in aged care 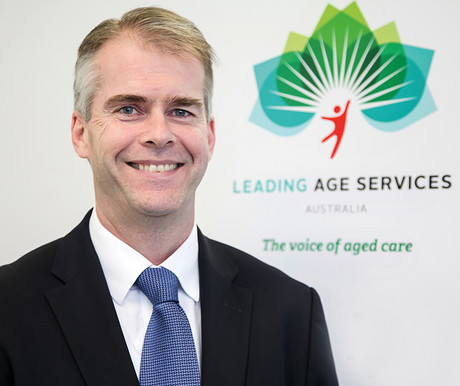 Collaboration is a word that is often used but not often enough put into practice.
Having joined Leading Age Services Australia (LASA) and the aged care industry in June from health and more recently the ACT Government, it is clear to me there are many opportunities for aged care and health to be working more collaboratively. Doing so will not only benefit health service and age service providers, but most importantly, it will benefit Australians.
A number of the issues aged care is facing are applicable to health, and will require cross-sector solutions. These include funding, workforce shortages, e-health and other technologies, and population health planning to inform future services.
Over the next 12 months the Government must deliver an independent review of the “Living Longer, Living Better” reforms, which is legislated to occur five years into the 10-year program. The review will show whether we are on the right track to achieving the reform goals, and what – if anything needs to change.
This review will be critical for both industry and Government, and absolutely must involve providers. The ongoing issue of funding cuts and their impact on service sustainability will undoubtedly be a central theme.
The primary concern for aged care right now is funding. In May, the Commonwealth Government announced a further $1.8 billion in savings to its Budget through changes to the aged care funding instrument, known as ACFI. The changes relate to how scoring is determined and effectively raises the bar so as to reduce the number of clients that are assessed as requiring the highest level of care, which in turn attracts higher levels of funding.
The specific changes will be implemented in two waves – the first came into effect on 1 July and impact indexation as well as new clients and reappraisals (for example, if a client returns to an aged care facility after being in hospital for more than 30 days their ACFI status is reassessed). The second wave of changes, yet to pass in Parliament, are due to come into effect on 1 January 2017 and will see a new scoring matrix with different eligibility requirements for certain complex health care procedures.
Independent analysts have calculated that these changes will save $350 million over and above what the Government has publicly said. Two independent industry consultancies, Stewart Brown and Ansell Strategic, believe the cuts to aged care will exceed $4 billion by 2020.There are concerns the ACFI changes could impact on access to aged care and create a disincentive for providers to admit people with high care needs.
In rural and remote areas, where there are fewer service options, this is likely to ultimately result in increased hospitalisations. The inevitable outcome of increased pressure on local health services, if aged care providers are unable to continue delivering vital services in the community through home care and residential aged care, will be disastrous.
What the Government calls ‘savings’ are not only excessive cuts to the vital funding age service providers receive to deliver care to clients, but a shifting of costs from the Commonwealth budget to State budgets.
As leaders in our industry, we cannot allow this to be the outcome. The solution “The primary concern for aged care right now is funding.” Sean Rooney joined LASA as its inaugural national CEO in June 2016. He has held several Chief Executive/ Senior Executive roles in public, private, and not-for-profit sector organisations including the CSIRO, Medicare Local Alliance and in the ACT Government. CEO, LASA Sean Rooney requires genuine collaboration between health and aged care services, peak bodies, and Commonwealth and State Governments.
Appropriate funding and delivery of aged care services is a vital issue in every community, particularly in rural and remote areas. Workforce training, enhanced dementia care, and continuous improvement to achieve quality service provision require funding and investment into the industry.
As well as delivering critical care services for older people, aged care providers enable people to remain in their communities with family and friends; they create jobs and generate opportunities for other service providers in the area; and they alleviate some of the pressure on the public health system by delivering healthcare services to clients who do not need hospitalisation but who do need higher levels of care. Imagine if those services did not exist in your local area.
Off the back of our election campaign, LASA was pleased to gain the support of Independent Senator, Nick Xenophon, who committed to blocking the funding cuts in Parliament, as well as The Australian Greens, Andrew Wilkie and Jackie Lambie.
We need your support too. The more that hospital and health care industry leaders understand aged care and the issues facing aged care providers and older Australians, the more we can work together to solving our mutual problems. As such, I encourage you to attend our National Congress in October and learn more about aged care, meet the industry’s leaders and participate in debate and discussion for the future of our industry.
LASA will continue to keep you informed about the issues in our industry, and finding ways in which we can actively collaborate at the highest levels right down to grass roots. Together we can create a strong, viable and supported aged care industry that works in sync with health, rather than fragmented services.
Collaboration is the only way we can ensure accessible, affordable, quality aged care services for older Australians, that are delivered by viable and sustainable aged care service providers.

ProPortion Foods has created a nutrient-dense range of real food products to ensure that even...

Receiving the right amount and quality of food through a varied diet helps to maintain good...