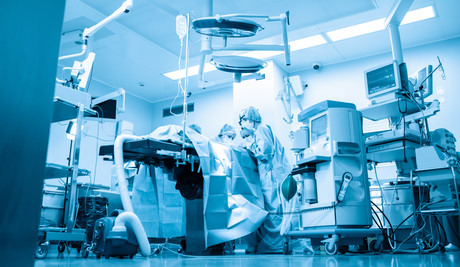 Healthcare workers battling on the COVID-19 frontline are being advised to keep tabs on their mental health, after a Manhattan-based ER doctor tragically lost her life to suicide last week.

Dr Lorna Breen, aged 49, had no history of mental illness, according to her family, but was described as “detached” in the weeks leading up to her death. She had also opened up to her father about the “onslaught” of dying patients being brought to her by ambulances.

Breen’s home town, New York, has been one of the hardest hit regions, globally, with up to 700 people dying each day from the virus. However, healthcare systems in nations with flatter COVID-19 curves have also been under significant strain.

Dr Cathy Kezelman, President of the Blue Knot Foundation, believes Breen, like many others in her profession, may have been suffering cumulative trauma (CT) as well as “vicarious” (secondary) trauma (VT) — the impact of working with traumatised people, distressing material or stories.

Kezelman said it is important that healthcare workers keep a close eye on the early warning signs of these conditions.

“The impact of trauma can present subtly at first. However, if left untreated, it can have serious consequences, including suicidality and self-harm,” she warned.

The symptoms of CT and VT — similar to that of post-traumatic stress disorder (PTSD) — include flashbacks, nightmares, numbness, dissociation, avoidance and changes in world view.

In addition, secondary symptoms such as anxiety, depression, insomnia, panic attacks and increased use of alcohol may occur.

Elaine Thompson, Matron for Clinical Care at the University College Hospital London, told BBC News that many of her co-workers have been profoundly impacted by their work in the trenches of the crisis.

“It’s really hard and some of our staff can’t cope with it,” she said in a BBC report.

“We’ve got a huge number of doctors, nurses and physicians and not all of them can deal with it so they can only spend a short time [working on the ICU ward].

“It’s not uncommon for some of our staff to have had panic attacks.”

Concerningly, the emotional impact of the crisis may have not yet hit some workers fully — with busy schedules acting as a distraction, and keeping symptoms at bay in the short term, Kezelman warned.

“The impacts of trauma can begin weeks, months or years after the initial event,” she said.

“Often, what is experienced as subtle anxiety at the time doesn’t fully manifest until the storm has subsided.

“I would advise healthcare workers to acknowledge the enormity of what they have experienced, practise extreme self-care and seek support in the coming weeks and months.

“Early red flags of traumatic stress should never be ignored.”

If you are experiencing psychological distress or suicidal thoughts, call Lifeline on 13 11 14.