The five biggest myths about earwax 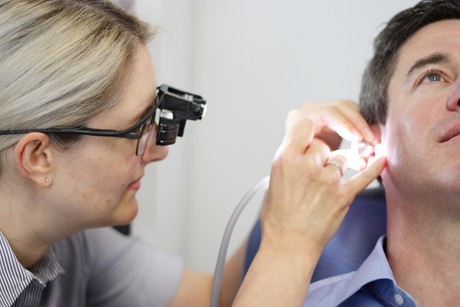 There are numerous misconceptions and beliefs about earwax and ear care. The age old debate of whether to use Q-tips or not leaves many confused on how they should clean their ears, and whether they actually need to. So how can an individual tell if their ears are blocked with wax and need a spring clean? We debunk the five misconceptions about earwax and ear cleaning.

1. You need to clean your ears

For many, cleaning their ears brings a certain type of satisfaction; however, it is not actually needed. An impressive fact about the ear is that for 95% of the population it is able to self-clean. Skin follicles lining the ear canal perform a conveyor belt function moving dirt, earwax and other particles to the front of the ear. Over a period of time, typically a few months, it either falls out or washes away. Cleaning earwax from the ears is only essential when there is an excess. One in 10 children, one in 20 adults and more than one third of the geriatric and developmentally delayed population experience excessive earwax. Signs and symptoms of this include hearing loss, feeling of fullness or blockage, tinnitus, itching, pain, discharge, odour or a cough.

Earwax is a naturally occurring substance which serves numerous purposes in the ear. Earwax protects the ear from infections and ensures airborne particles or debris do not enter the ear and affect the eardrum. It also acts as a protective coating that shields the delicate skin of the ear canal and ultimately works 24/7 to keep the ear healthy. Earwax only becomes problematic when there is an excessive amount creating blockage.

Although an extremely old earwax removal method, ear candling has never been medically proven. Ear candling is where an individual lays their head to the side while the end of a long thin candle is placed into the ear and the other end is lit. One theory is that the heat from the candle melts the earwax while others believe ear candling creates a small suction that draws out the earwax and debris. However, both theories have been flawed. On top of this, ear candling has been proven to be very dangerous as it can cause burns to the outer face and inner ear canal, and can leak candle wax onto the eardrum causing perforation of the eardrum and even hearing loss.

4. When you are exposed to loud noises, wax builds up to protect your hearing

Loud noises do not cause the ear to produce earwax as a protection mechanism. Instead, earwax secretion is triggered by physical contact. This means that people who wear in-ear headphones, earplugs or hearing aids are more likely to find an increase in earwax. For loud noises to stimulate earwax production, it has to produce significant sound waves that trick the ear into thinking there is physical contact. However, for this to occur, the noise would have to be so loud it would cause permanent damage to the eardrum as well as excruciating pain.

5. A candle can be made out of earwax

A candle made entirely out of earwax is as disgusting as it sounds. The perfect candle that many imagine is instead made up of skin cells, hairs and dirt, making it impossible to light. The MythBusters television program put this theory to the test, collecting earwax from hundreds of participants only to confirm that a candle cannot be made out of earwax.