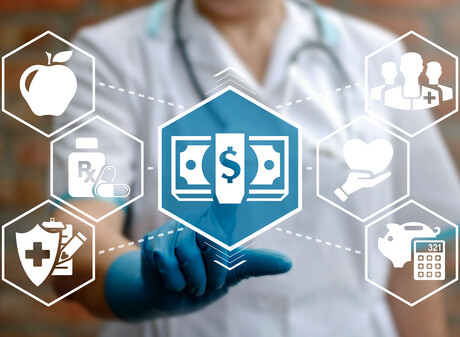 A Stroke Foundation report has found that preventing stroke and improving access to treatment and care could save thousands of lives and billions of dollars each year.

“Stroke has long been recognised as being among the costliest disease groups and, while it is not the death sentence it once was for many, stroke is a leading cause of disability in this country,” Professor Thrift said.

“The report demonstrates the magnitude of stroke’s impact today, its potential impact moving forward, as well as the opportunities and value in investing to help Australians avoid, survive and recover from stroke.”

Deloitte Access Economics delivered the report — in addition to an update of the No Postcode Untouched report — examining direct health system costs as well as the broader impact of short- and long-term disability on the community.

The report also modelled the savings that could be made by acting to reduce uncontrolled high blood pressure in the community and provide greater access to emergency stroke treatments. The No Postcode Untouched — Stroke in Australia 2020 report maps stroke incidence, prevalence and risk factors by federal electorate division.

While the report data has been delivered independent of the COVID-19 pandemic, there is potential it will affect the results. Evidence is emerging that people have delayed trips to their doctor for health checks and chronic disease management since the pandemic began in January 2020. Emergency calls to triple zero (000) and continuity of care have also been disrupted.

Professor Thrift said the reports detailed concerning evidence that more Australians of working age were experiencing stroke and there continued to be an over-representation of stroke in regional and rural Australia.

Stroke Foundation worked with some of Australia’s leading stroke experts to identify achievable benchmarks in stroke prevention, treatment and care to stem the tide of this disease.

“Achieving the benchmarks referenced in the report could mean thousands of Australians avoiding stroke, surviving and living well after stroke, equating to savings of $179 million over five years in economic costs and $2.4 billion in reduced mortality and improved wellbeing annually,” Professor Thrift said.

Stroke Foundation CEO Sharon McGowan said it was important to remember that real lives are behind the numbers.

“Stroke attacks the brain, the human control centre, changing lives in an instant,” she said.

“It can strike anyone at any time, but it can be treated and the damage reduced.

“The National Strategic Action Plan for Heart Disease and Stroke provides a roadmap of evidence-based interventions to address stroke, many of which have been modelled in this report.

“We have an opportunity to act now to change the course of this disease for generations to come. I look forward to working with governments to implement the Action Plan. It is an investment we can, and must, make for the health and wellbeing of our community,” she said.

A new study reveals that people with intellectual disability are being hospitalised for...

An evidence-based app — YourTime — has been developed to help women track their...

On the heels of National Reconciliation Week, the Johnson & Johnson Family of Companies has...