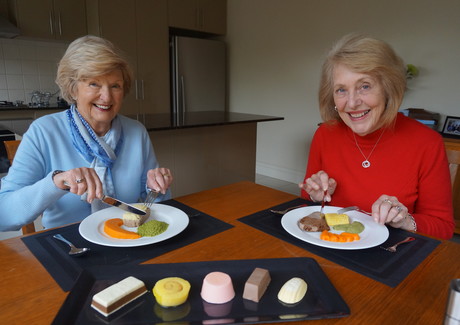 Textured Concept Foods (TCF), a manufacturer of pureed foods for those with swallowing difficulties, has been recognised in a new book celebrating Australia’s top 50 innovators in food manufacturing.

Celebrating Australian Food and Agribusiness Innovations, released by Food Innovation Australia, showcases 50 diverse innovations from Australia’s food and agribusiness industry, from micro businesses to multinationals. TCF was recognised for its shaped puree foods, ensuring those with swallowing difficulties — such as aged-care residents as well as sufferers of cancer, stroke and cerebral palsy — can enjoy dignified dining.

The company produces pureed items which resemble the actual foods that they are, in contrast to the bowls of mush that are typical for those on texture-modified diets. This remoulding of foods means people with dysphagia can enjoy attractive meals that look like a typical meal, prompt memories, stimulate appetite and return dignity to dinnertime.

“We have implemented TCF moulded meals into our acute tertiary facility of 630 beds since April 2015,” said Bianca Neaves, assistant dietitian/team leader, Food Services, The Prince Charles Hospital. “Patients on texture-modified diets have reported an improvement in both taste and appearance of their meals and we have demonstrated improved food and nutritional intake of 13 g extra protein per patient per day.”

“Providing attractive, nutritious, cost-effective meals for those on puree diets has been a longstanding healthcare catering challenge,” said TCF Managing Director Darren Benfell. “To be acknowledged for our achievement in doing just that, to ensure all can truly dine with dignity is a true honour.”