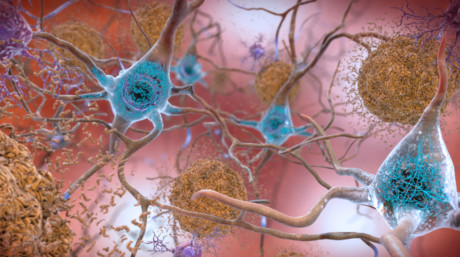 The Lancet Commission on Dementia Prevention, Intervention, and Care has found that around 15% of dementia cases globally could be prevented by making straightforward GP-recommended changes, such as reducing blood pressure or increasing physical activity. With this in mind, new guidelines have been issued for Australian GPs that will hopefully help reduce dementia rates nationally.

More than 500,000 people in Australia have dementia and there are around 110,000 new diagnoses each year. Yet a recent global survey by Alzheimer’s Disease International, with almost 70,000 participants across 155 countries, reveals a startling lack of knowledge around the disease, with two-thirds of respondents thinking it is a normal part of ageing and 95% believing they will develop dementia in their lifetime.

The new guidelines for GPs have been developed by the Dementia Centre for Research Collaboration (DCRC) for the NHMRC Cognitive Decline Partnership Centre (CDCP) and combine 10 years of research into simple and usable instructions for doctors, including new information on risk reduction. As explained by Prof Anstey, who is a Director of the DCRC, “We have only been able to produce these guidelines now because of new research in the past five years. This research has enabled us to better identify risk factors and the action we can take to lessen their impact.”

Prof Anstey explained that the guidelines will equip GPs with evidence-based guidance on modifiable risk factors in mid and late life, including diet, alcohol consumption, smoking, social engagement, sleep, obesity, medical conditions and physical activity — the latter of which was subject to recent research from UT Southwestern which suggested exercising several times a week may delay brain deterioration in people at high risk for Alzheimer’s disease, even when they already had an accumulation of amyloid beta in the brain. The research has been published in the Journal of Alzheimer’s Disease.

“GPs are well positioned to play a significant role in dementia risk reduction,” Prof Anstey said. “GPs see people with multiple risk factors and, by using these new recommendations, can ensure patients receive the earliest possible care and advice to reduce their risk of cognitive decline and dementia.”

The release of the guidelines comes shortly after Dementia Action Week (16–22 September), which saw the Australian Government announce a range of measures for dementia support. These included:

The government also separately announced a grant of $438,000 for clinical-stage pharmaceutical company Lachesis Biosciences, via the Accelerating Commercialisation program, to commercialise a nasal spray for the treatment of dementia associated with Alzheimer’s and Parkinson’s disease.

Image caption: In the Alzheimer’s-affected brain, abnormal levels of the amyloid beta protein clump together to form plaques (seen in brown) that collect between neurons and disrupt cell function.

Clinically significant cataract is associated with an increased risk of death from vascular...

A two-year trial, which included 7195 residents from 60 Victorian aged-care facilities, has found...

NSW hospitals could achieve annual savings equivalent to the cost of hiring 40 new nurses by...

DNA used to determine the age of lobsters

Comprehensive Cold Supply Chain management at your fingertips with Americold

Skills management and development re-invented for the plant floor

Panel to be established over Australia–China wine dispute

'Spare' a thought for hindsight