Naturopathy: the evidence is clear 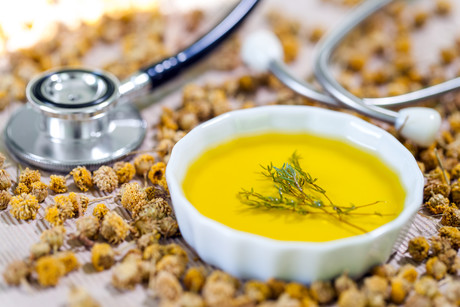 A new, world-first, systematic scoping review has found that high-quality evidence exists for naturopathic medicine. The study, undertaken at Southern Cross University, confirmed a whole-system multi-modality approach to health care is effective for a wide range of health conditions.

Blackmores Institute Director Dr Lesley Braun said: “This is a particularly poignant study when the government is looking at removing health insurance rebates for natural therapies. This comprehensively shows the use of natural therapies is effective and can also help prevent more serious health issues that can place a major burden on the public health system. As a result, this new research casts doubt on the government’s position about removing naturopathy due to the absence of evidence.

“Prevention isn’t just better than cure, it also could be cheaper than cure! The research shows the breadth of conditions where naturopathy can have a positive impact.  Interestingly, it is often in areas where other treatments have offered limited success,” she said.

The study’s results concur with an earlier review conducted in 2015 by Oberg et al, who found universally positive trends in favour of naturopathic medicine — concluding that there were positive outcomes and improved quality of life in individuals with, or at risk for, chronic conditions, including cardiovascular disease, type 2 diabetes, chronic pain, anxiety, hepatitis C and menopausal symptoms.

The primary modalities used in naturopathic medicine are dietary and lifestyle interventions, specific botanical medicines and nutritional supplements. The aim is to provide an environment internally and externally where the body can perform optimally to restore, heal and rebalance itself. There is large body of evidence available to support this approach when you draw from both traditional and scientific evidence.

“However, there is a distinct lack of well-conducted pragmatic trials evaluating the complex intervention of whole-system, multi-modality naturopathic care. In the absence of whole-system data, the only way to effectively and objectively evaluate a discipline is to assess its major therapeutic tools. Until substantively more whole-system research is undertaken, evaluating the effectiveness of naturopathic medicine requires a combination of both these types of evidence,” the authors stated.

Importantly, the review noted an earlier Australian study found that a range of nutritional supplements and botanical medicines (the ‘tools of trade’) demonstrated benefit at the highest level of evidence and have proven efficacy.

This article was reproduced with permission from the Blackmores Institute.

The Aboriginal community health service in Port Hedland, WA, has produced record results in the...