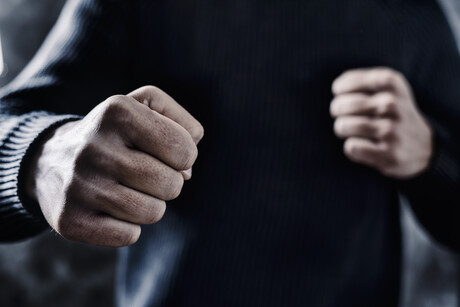 Health practitioners play a key role in addressing gender-based violence, particularly domestic and sexual violence, but the system is not adequately resourced to respond in a way that benefits victims/survivors and children, according to the authors.

Australian Indigenous women’s experiences are 35–80 times the national average, according to the authors. “A violation of human rights, women are disproportionately affected by gender-based violence, with Indigenous women and girls facing particularly high risk.

“Health practitioners are ideally placed to identify domestic and sexual violence, provide a first line response, and refer on to support services.

Personal barriers to health practitioners bringing up gender-based violence with their patients include “feeling they ‘can’t interfere’ as domestic and sexual violence are private issues, ‘don’t have control’ over outcomes for victims/survivors, and ‘won’t take responsibility’ as it is someone else’s role”.

“At the structural level, practitioners perceive that ‘the environment works against us’ with lack of time and spaces, they are ‘trying to tackle the problem on their own’ without a team behind them, and ‘societal beliefs enable us to blame the victim’.

“System-level barriers, such as the presence of the partner in consultations or a lack of training or referral services, can impede practitioners even further,” wrote Hegarty and colleagues.

There are barriers to disclosure for patients as well, including fears about consequences of disclosing (eg, children being removed), judgemental responses, confidentiality being broken, not trusting practitioners, limited time, negative responses, perception that practitioners were not competent, shame, unawareness that what they were experiencing was abuse, or being socially entrapped.

“For too long,” Hegarty and colleagues wrote, “this social condition has been seen as the domain of social services or justice, with policy failing to resource an integrated response by the health system.

“The unfortunate consequences of this lack of recognition and resourcing of health settings is that many victims/survivors, children exposed to domestic violence, and people who use domestic or sexual violence have remained unidentified or inadequately supported.

“Health practitioners are in an ideal position to recognise gender-based violence, ask through sensitive inquiry, assess risk, provide a first line response, and contribute to ongoing responses to enable pathways to safety, health and wellbeing.

“We still have a long way to go before these evidence-based recommendations, comprehensively outlined in the Royal Australian College of General Practitioners’ White Book, are implemented in practice,” Hegarty and colleagues concluded.