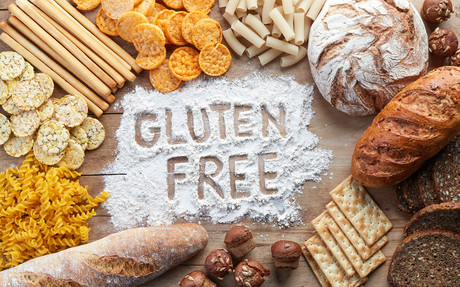 For coeliac patients who require a strictly gluten-free diet, being able to trust that food labelled ‘gluten-free’ is just that, is essential.

However, a new Australian study tested 256 ‘gluten-free’ manufactured foods and found one in 40 contained gluten.

While the majority of gluten-free foods in Australia have no detectable gluten, the research shows better processes could be put in place in the interests of patients who are trying their best to adhere to a strictly gluten-free diet.

The new study, published in the Medical Journal of Australia, was conducted by a team led by Dr Jason Tye-Din, head of coeliac research at the Walter and Eliza Hall Institute and gastroenterology consultant at the Royal Melbourne Hospital.

The study tested 256 commonly purchased manufactured foods labelled as gluten-free at the National Measurement Institute in Melbourne. If gluten was detected and confirmed with a follow-up test, then a fresh sample was purchased and analysed to assess if the contamination was isolated or affecting multiple batches. The findings revealed that one in 40 foods labelled as ‘gluten-free’ did not comply with the national standard of ‘no detectable gluten’.

Dr Tye-Din said the results were important for coeliac patients whose health depended on a strict gluten-free diet.

“While it was pleasing to see that the majority of samples had no detectable gluten, the fact that gluten was detected in some samples tells us better processes could be put in place in the interests of people who require a gluten-free diet.

“For instance, the study found a ‘gluten-free’ pasta which contained more than 3 mg of gluten in a standard single serve. This is a minimal amount but could have a harmful impact on patients with coeliac disease if consumed frequently,” Dr Tye-Din said.

Seven samples from six manufacturers contained gluten at levels of up to 49 ppm when, according to the national food standard, they should not have any detectable gluten. Notably, five out of the seven contaminated foods still contained gluten in a different batch, suggesting the issue was more than an isolated event.

Dr Tye-Din said the researchers had notified all the manufacturers of products containing detectable gluten and made recommendations.

“More frequent testing will improve detection and allow companies to take steps to identify and address the underlying cause. Ultimately, this will reduce the risk of gluten exposure to people with coeliac disease.

“In addition, many of the items that failed the test were produced in dedicated gluten-free factories, so gluten contamination of externally sourced ingredients may be a factor and should be carefully examined,” Dr Tye-Din said.

The study follows on from an earlier investigation that revealed one in 11 samples of ‘gluten-free’ foods sold at Melbourne restaurants and cafes were contaminated with gluten. The testing was conducted at 127 food businesses across the municipality.