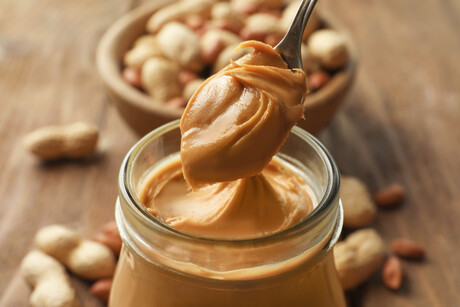 Changes to food allergy guidelines have led to a significant increase in parents introducing peanut into their babies’ diets, with a 16% decrease in peanut allergy among infants, according to a study led by the Murdoch Children’s Research Institute (MCRI).

Introducing peanut early in a child’s life has been shown to prevent peanut allergy during randomised controlled trials. But MCRI PhD candidate and study lead author Victoria Soriano said this research was the first to test the approach in homes and to analyse what impact the guideline changes have had on peanut allergies.

International infant feeding guidelines changed in 2016 to recommend introduction of peanut and other allergenic foods before 12 months.

“In the 1990s some guidelines recommended avoiding allergenic foods until age 1–3 years and avoidance of these foods in infancy became widespread,” Soriano said. “By 2008, this advice started to be removed based on increasing evidence that delaying allergenic foods was associated with an increased food allergy risk. However, evidence was still insufficient for specific recommendations for what age these foods should be introduced.”

The Melbourne study, published in The Journal of Allergy and Clinical Immunology, compared data from the 1933 infants enrolled in the EarlyNuts study in 2018–2019 to the 5276 infants recruited in the HealthNuts study across 2007–2011. Peanut allergy prevalence in 2018–2019 was 2.6% compared to 3.1% in 2007–2011, which amounted to a 16% decrease after accounting for migration and population changes.

Of infants in the 2018–2019 cohort who did not consume peanut until 12 months or later, 4.8% were allergic. Severe reactions to introducing peanut early were uncommon, the data showed.

Soriano said despite initial concern that parents may not follow the advice to introduce peanut early, there was a high uptake. Peanut consumption by 12 months increased from 28 to 89% in the 10 years to 2019, which may have halted the rise in peanut allergy.

MCRI’s Dr Jennifer Koplin said that, despite the decrease in peanut allergy, the prevalence overall continued to be high.

Australia has the highest reported rates of childhood food allergy in the world, with about one in 10 infants and one in 20 children up to five years of age being allergic.

“The safety of early peanut introduction at home is of significant interest to parents as well as health professionals around the world,” Dr Koplin said. “More research must be done to look closer at these trends to help us understand how well early introduction to peanut works to prevent peanut allergies in real-life situations.”

The Vitality trial is recruiting Melbourne infants aged six to 12 weeks testing whether taking a vitamin D supplement over the first year of life can help prevent food allergies. To find out more about MCRI’s allergy trials, visit the Centre for Food and Allergy Research.

The Aboriginal community health service in Port Hedland, WA, has produced record results in the...