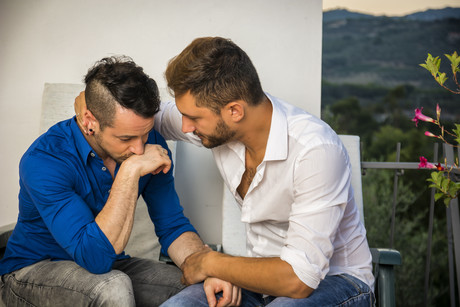 Domestic violence is rife in homosexual relationships, according to a new US-based study, and health practitioners need to start asking questions.

Nearly half of the men in the study about intimate partner violence in male couples reported being victims of abuse.

The study from the University of Michigan shows that in addition to universal stressors — finances, unemployment, drug abuse — that both heterosexual and male couples share, experiences of homophobia and other factors unique to male couples also predict abuse among them.

The study is one of the few that looks at violence from the perspective of both members of male couples (abuser and victim), said Rob Stephenson, University of Michigan Professor of Nursing and Director of the Center for Sexuality and Health Disparities.

Most studies examining domestic violence look at female victims in heterosexual couples or have only asked questions of one member of a male couple.

Nearly half (46%) of the 320 men (160 couples) in the study reported experiencing some form of intimate partner violence in the last year — physical and sexual violence, emotional abuse and controlling behaviour.

“If you just looked at physical and sexual violence in male couples, it’s about 25% to 30%, roughly the same as women,” he said. “We’re stuck in this mental representation of domestic violence as a female victim and a male perpetrator, and while that is very important, there are other forms of domestic violence in all types of relationships.”

The research is important because it debunks that stereotype and accounts for controlling and isolating behaviours as well as physical abuse, Stephenson said.

His study makes a strong connection between internalised homophobia and violence, Stephenson said. A gay man who’s struggling with his identity might lash out at his partner with physical or emotional abuse as a stress response behaviour — similar to heterosexual couples, where an unemployed man lashes out at his female partner because he feels inadequate, he said.

Stephenson wants clinicians to start asking male couples about violence. Right now, the majority do not, he said.

The study has been published in the American Journal of Men’s Health.