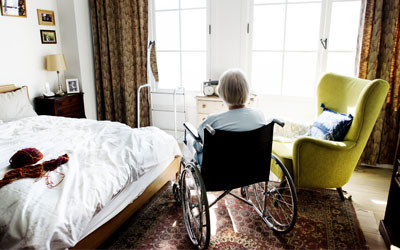 Minister for Aged Care and Senior Australians Richard Colbeck has expressed his concern and anger over the sudden closure of the Earle Haven Retirement Village yesterday, leaving dozens of elderly residents in limbo.

Hospital + Healthcare understands that the closure arose from a contractual dispute between People Care, the village’s overarching aged-care provider, and subcontractor HelpStreet Group, which was providing administrative, nursing, catering and other support services. HelpStreet Group, claiming its staff had gone unpaid, chose to withdraw all services and to remove equipment from site at about 2 pm on Thursday, leaving the Gold Coast facility unsuitable for residents to occupy.

Triple Zero was called and police officers were asked to attend the site, where they were met by chaos as accommodation had to be found for more than 70 residents. More than 32 paramedics, nurses, doctors and Queensland Health staff, as well as Queensland Health Minister Steven Miles, attended the village to assist in the eight-hour operation, which ended at about 1 am and saw the majority of residents moved to about a dozen different nursing homes and three taken to hospital.

Colbeck said, “I express my sincere appreciation for the assistance of Queensland Health, local emergency services and other aged-care providers who made facilities available to accommodate the residents.

“I also wish to express my appreciation to staff who stayed with residents and alerted emergency services.”

According to HelpStreet’s Chris Bunker, People Care hired management company HelpStreet to run the facility in April 2018 but has since chosen to end the contract early, on 9 August 2019. Bunker alleged that People Care had not paid staff for a month and that previous months were late, with deductions that could not be accounted for.

Lawyers acting for People Care meanwhile insisted via email that all payments would be made to HelpStreet “up to the date of departure from the premises”. People Care also alleges that HelpStreet engaged removalists to take “computers, client records, furniture and effects without any notice”.

Colbeck said, “I find it simply outrageous that a contract dispute could escalate to the situation that it did.

“I will be using the full suite of resources available to investigate the circumstances of this matter and I have issued instructions to that effect to my Department last night.

“I have directed my department to work closely with the Aged Care Quality and Safety Commission and Queensland Health to examine the circumstances that led to this terrible situation.

“I will be looking to bring the full force possible of action onto those who put residents of Earle Haven in such a terrible position — it is simply unacceptable.”

Virtual gaming helps rehab patients get back on their feet

A global trial into the effects of digital devices in rehabilitation has found that virtual...