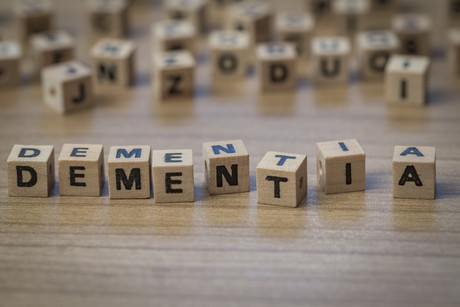 Poor public understanding of what dementia is and its accumulated costs are providing significant obstacles to best treatments, according to Flinders University’s Rehabilitation, Aged and Extended Care research group.

There are now more than 425,000 Australians living with dementia (55% males, 45% males). It is the second leading cause of death of Australians, contributing to 10.6% of all female deaths and 5.4% of all male deaths each year, according to current ABS statistics.

Yet according to new research published in the journal PLOS ONE, the general public still tends to believe dementia is a normal and non-preventable part of ageing, despite decades of public awareness campaigns about the potential for dementia prevention. In particular, the public underestimates the importance of cardiovascular health and regular exercise to the prevention of dementia, even though it has been proven as the single most powerful influencer of brain health.

The public also tends to endorse poorly supported risk reduction strategies such as taking vitamin supplements, ahead of more effective but time-consuming and energetic strategies, such as exercise regimes. There is, therefore, an urgent need for more dementia education, the researchers claim — the sooner the better.

“We were surprised to find that dementia literacy is still so poor, given how much effort has been put into improving understanding,” said lead researcher Monica Cations. “The view that dementia is a normal part of ageing with few treatment options is a demonstrated barrier to both preventive health behaviours and to help-seeking and diagnosis in the event that symptoms emerge.”

A second study from Flinders researchers, published in the journal Health and Social Care in the Community, shows how non-pharmacological therapy programs can improve outcomes for older people (including people with dementia and their families) and also be cost-effective. These types of programs work to prevent decline and hospitalisation and so fit with current priorities.

The review reported findings from 13 papers which evaluated the effectiveness of home-based occupational therapy. Most programs consisted of several consultations (eg, eight sessions over a period of up to four months) or had a specific focus on preventing falls at home.

The review found that approaches that addressed individual needs delivered better economic outcomes. Therapy involved strategies such as improving the home environment (removing clutter or adjusting lighting), finding ways for people to remain independent and working with families on strategies.

“The benefits of these interventions were evident for supporting people with dementia and their caregivers, as well as the caregivers of people with other neurodegenerative diseases and older people living in the community with different functional limitations or decline,” said study co-author Miia Rahja.

While it is difficult to report a single amount for the cost saving from the review, due to the variety of methods for evaluating and reporting costs across different papers, the authors believe that better functional and economic outcomes for different stakeholders are possible and should be implemented into practice.