Being thin not a prerequisite for anorexia 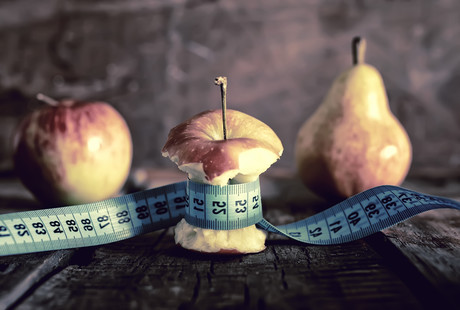 When people think anorexia nervosa, they typically associate it with extreme weight loss. But a new study has found that adolescents who are within a healthy weight range can still suffer serious anorexia nervosa systems that require hospitalisation, prompting calls for the disease’s diagnostic criteria to be changed.

Dietitian Melissa Whitelaw is calling for a change to anorexia nervosa’s diagnostic criteria after finding that patients with “atypical anorexia” suffer serious health concerns despite being within or above the healthy weight range.

Her study, published in the Journal of Adolescent Health, looked at 171 patients aged 12–19 admitted to the Royal Children’s Hospital’s eating disorder program between 2005 and 2013 suffering anorexia nervosa. She found:

Mrs Whitelaw said atypical patients may have been encouraged by family or health professionals to lose weight, which frequently resulted in positive re-enforcement and encouragement about how good they looked, praise for losing weight and the ability to wear trendier clothes, which spurred them on to try to lose more weight.

Atypical anorexia nervosa patients might have lost about a quarter of their body weight, but the body could go into ‘starvation mode’ if as little as 10% of weight was lost quickly, causing the heart rate to slow to preserve energy.

“If adolescents lose weight, it doesn’t matter what weight they are, a health professional should monitor them to check that weight loss is appropriate and if so, that it is done gradually. They should also monitor the adolescent’s dietary intake and relationship with food and exercise for signs the patient was spiralling into an eating disorder. Following large amounts of weight loss, careful medical assessment is also recommended,” Whitelaw said.

Once a person entered starvation mode the only way to increase the heart rate was re-feeding and weight gain, which in this cohort, required hospitalisation.

Whitelaw said people could understand an extremely thin patient needing to gain weight, but it was often a shock to individuals and families when someone within or above the healthy weight range needed to gain weight.

Whitelaw said atypical anorexia nervosa was commonly perceived as less severe than anorexia nervosa, but her research showed the health consequences could be just as dangerous and it was time to change the current diagnostic criteria which stated those with anorexia nervosa must be underweight.

“What we are seeing now is that you can have a healthy body weight but be just as sick as someone with typical anorexia nervosa, including having the same thoughts about eating and food,” she said. “We need to redefine anorexia because an increasing proportion of anorexia nervosa patients are atypical and more difficult to recognise. The definition should refer to weight loss, not just underweight.”

Mrs Whitelaw said: “The face of eating disorders is changing against a backdrop of increasing prevalence of overweight and obesity. Families, teachers, sports coaches and others interacting with young people should not delay seeking help for adolescents with worrying eating patterns if they have lost weight, even if they are not underweight.”