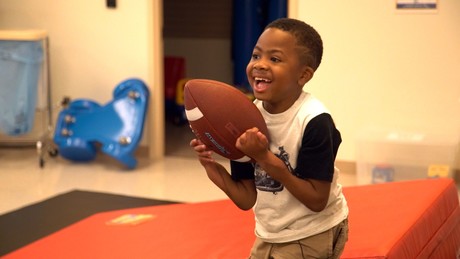 Not long ago, this would have been impossible; today, it’s a fact. An eight-year-old boy, who lost both his hands after a sepsis infection and received a double hand transplant 18 months ago, is now able to eat, dress and write independently.

The world’s first double hand transplant in a child has been successful under carefully considered circumstances, including months of occupational therapy and psychological support. The study, published in The Lancet Child & Adolescent Health, presents the first medical report of the surgery and 18 months of follow-up.

The boy, named Zion, lives in the USA and faced numerous setbacks, including treatment of numerous rejections of the hands and extensive rehabilitation to help him learn to use his hands.

“While functional outcomes are positive and the boy is benefiting from his transplant, this surgery has been very demanding for this child and his family,” said Dr Sandra Amaral, Children’s Hospital of Philadelphia.

“Our study shows that hand transplant surgery is possible when carefully managed and supported by a team of surgeons, transplant specialists, occupational therapists, rehabilitation teams, social workers and psychologists.”

Previously, this type of transplant had been used for single limbs between identical twins and in adults. In another case involving a teenager who received a donor limb, there were severe complications and the patient died soon after surgery.

The first double hand transplant surgery in a child took place at the Children’s Hospital of Philadelphia in collaboration with Penn Medicine.

Zion was chosen for the surgery as he was already receiving immunosuppression for a kidney transplant, caused by a sepsis infection that also resulted in the earlier amputation of his hands and feet at the age of two. 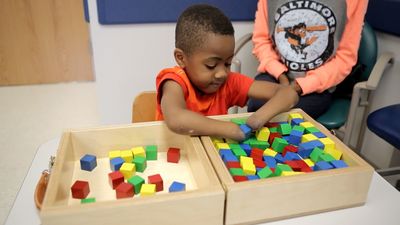 Zion before the transplant. Image credit: Children’s Hospital of Philadelphia.

Before the double hand transplant, Zion had limited ability to dress, feed and wash himself through adapted processes, using his residual limbs or specialist equipment. His mother’s hopes for the surgery were for him to be able to dress, brush his teeth and cut food independently, and Zion wanted to be able to climb monkey bars and grip a baseball bat. 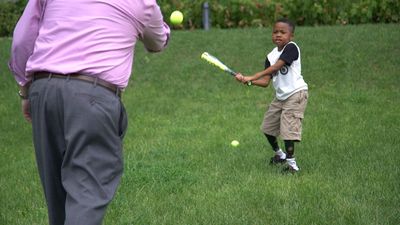 Zion’s dream comes true as he grips a baseball bat with his new hands. Image credit: Children’s Hospital of Philadelphia.

The surgery took place in July 2015, when suitable donor organs became available from a deceased patient, and involved four medical teams working simultaneously on the donor hands and the child.

Six days after the transplant, the boy began daily occupational therapy, including video games and exercises using finger lights and puppets, as well as daily tasks like writing and using a knife and fork. He and his mother also met regularly with a psychologist and a social worker to help Zion cope with the transplant, and plan for his reintegration at school.

Within days of the surgery, Zion was able to move his fingers using the ligaments from his residual limbs. Regrowth of the nerves meant that he could move the transplanted hand muscles and feel touch within around six months, when he also became able to feed himself and grasp a pen to write. By eight months he could use scissors and crayons; within a year of the surgery, he could swing a baseball bat using both hands.

Functional brain imaging has revealed that Zion’s brain has developed pathways for control of hand movement and for carrying touch sensation signals from the hand back to the brain.

He has faced some minor infections and some impairment to his transplanted kidney as a result of the increased immunosuppression. While his function now surpasses what he was able to do before his transplant, he also faced a six-month period of reduced abilities immediately after the surgery.

The researchers explain that caution must be taken when assessing the benefits and harms of a hand transplant. Given the need for ongoing immunosuppression, the decision should be considered carefully for children who are not already exposed to immunosuppressive medications because of their associated risks such as diabetes, cancer and infections.

Zion continues to improve incrementally, his life slowly normalising thanks to this extraordinary operation and a team of dedicated clinicians.

Top image: Joyful smiles for Zion as he catches a ball with his new hands. Image credit: Children’s Hospital of Philadelphia.