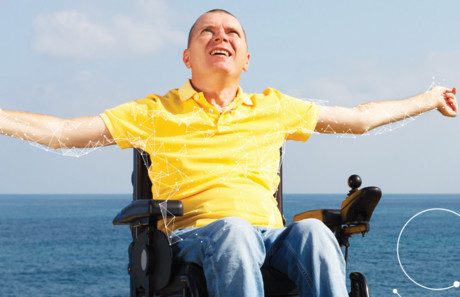 Assistive technologies can have a huge impact on improving the life of a person with a disability. That’s why the Cerebral Palsy Alliance Research Foundation (CPARF) organised a recent summit in San Francisco with the world’s top technology experts.

The aim of the summit was to build and execute carefully designed roadmaps to bring new accessible technologies to people with cerebral palsy and other complex neuro conditions that challenge previous barriers, leverage new advances in computer science, embrace universal design and drastically improve the lives of people with disabilities around the globe.

There can be no progress without partnership

Some of the summit highlights were the connections made between different researchers, industry partners and family representatives. With a number of families also participating in the summit, White said, “As the families told their stories, the delegates listened and it was terrific to observe how those stories influenced the direction of many of the potential future projects that were discussed.”

Delegates also remarked on how the summit increased awareness among researchers and industry partners about the challenges facing many children and adults living with disability.

Complex neurological conditions like cerebral palsy can impose severe physical, emotional and economic burdens on affected individuals, their families and the communities in which they live.

So another key message from the families was for researchers to share their innovations with potential user groups to test viability, and also to consider consolidating device functions so families don’t need to acquire as much equipment.

The summit also identified that strategic investments in innovation and research are required to accelerate progress. Increased investment in research with standardised data elements, including harmonised outcomes, will facilitate meta-analysis, while seed funding is required to help bridge the gap between innovative ideas and bringing them to life.

This was the 7th summit organised and facilitated by CPARF’s IMPACT (International Multidisciplinary Prevention and Cure Team) for CP, in partnership with the University of Michigan and the National Science Foundation.

“It was a privilege to welcome the 74 delegates from 12 countries who attended the Advancing Innovation in Assistive Technology Summit 2018 held in San Francisco in early May and to see these leading-edge professionals work together on communication, mobility and thought-to-speech technologies,” said White.

Since 2005, CPA has financed and supported CPARF to fund the best international research, working towards our goal of improving current interventions, prevention strategies and finding a cure for cerebral palsy.

During this time, CPA has developed an international reputation as a world leader in cerebral palsy research, with 58% of the most effective cerebral palsy treatments used worldwide discovered in the past 10 years thanks to the efforts of researchers around the globe working with the Cerebral Palsy Alliance.

The IMPACT for CP Summit is an essential part of the strategy to improve outcomes for people living not only with cerebral palsy, but other neurological conditions such as Parkinson’s disease, MS and autism, where daily living and communication can be heavily impacted. The CPA CEO also said it was so exciting to look out over this inspiring group of top researchers and medical and technology experts from around the world.

Email CPA to receive further updates on the development of the summit’s three streams: mobility, communication and thought-to-speech.