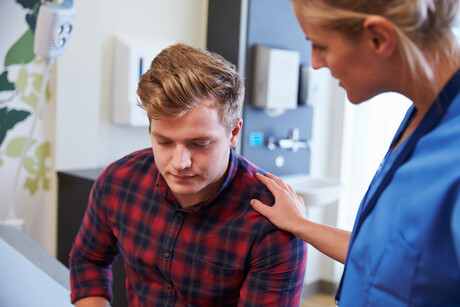 Despite good intentions, increased federal funding for mental health services is unlikely to have a great impact on mental health outcomes in Australia. Recently the National Mental Health and Suicide Prevention Plan was released with the announcement of $2.3 billion of extra funding, the largest single increase in mental health expenditure in the history of the Commonwealth and promoted as ‘transformative’.

However, at least half of the expenditure is devoted to extending existing programs, the clinical work of which is funded almost entirely via the Medical Benefits Schedule (MBS), and there is little evidence that this will enable people to receive the right treatment at the right time by the most qualified person, especially when that treatment is psychotherapy.

Instead, what we now have in Australia is an overemphasis on medical treatments. Yet the treatment of first choice for most mental health problems is some form of psychotherapy, which is undervalued and rarely available in either state or federally funded services. Australia’s answer to the mental health crisis to date has been to subsidise a form of ‘psychotherapy lite’ via the MBS program ‘Better Access’. But eligibility to obtain a subsidy to provide Better Access has from the outset been limited to a small number of professional groups, none of which can claim exclusive expertise or specialist undergraduate preparation in psychotherapy. Psychotherapy is a transdisciplinary endeavour, if not a profession in its own right.

The government spent $1.7 billion on mental-health-related MBS subsidies in 2020. In 2019–20, $281.5 million was paid to subsidise the writing of GP mental health plans and psychologists claimed 94% of Better Access expenditure ($525 million). Moreover, there was a 5% increase in subsidised prescriptions for the top nine antidepressants prescribed, or around 14 million prescriptions subsidised to $227 million. Despite this record-breaking expenditure, Australia continues to lead the region in rates of diagnosis and disability associated with high-prevalence conditions such as depression and anxiety.

In the preamble to the National Mental Health and Suicide Prevention Plan, it states that “we have listened to the experts”, but it is far from clear whether any experts in psychotherapy had much of a voice. The “experts by lived experience” in Australia rarely report having ever experienced good treatment, let alone experience of any psychotherapy. Treatment is mentioned in the plan 36 times, psychotherapy not at all.

Also missing from the plan is the voice of credentialed mental health nurses (MHNs), who previously provided psychotherapeutic services to the ‘missing middle’ under what was known as the Mental Health Nurse Incentive Program (MHNIP). This group of professionals has been repeatedly polled and evaluated — with all MHNs found to have formal postgraduate qualifications and decades of experience — but their expertise in the provision of and adaptation of psychotherapy has been entirely ignored in the National Mental Health and Suicide Prevention Plan, as were the exceptionally good outcomes of the MHNIP.

A MHN, regardless of qualifications or expertise, cannot access a subsidy under Better Access, eligibility for which is necessary to gain employment to provide ‘psychotherapy lite’ in headspace and head-to-health centres everywhere. Eligibility has also become a proxy qualification in psychotherapy.

The ‘experts’ apparently suggest that there is a skills shortage in mental health and so yet more federal money is allocated for training places for psychiatrists and scholarships for allied health professionals. However, we have some of the highest numbers of mental health professionals in the world, and the best remunerated. The number of psychologists in Australia has grown to over 33,000 in 2020 from around 16,000 in 2006, the year that Better Access commenced. Despite this increase, demand is such that professionals are able to charge exceptionally large ‘gap fees’, making recruitment to bulk-billing practices, such as headspace, difficult.

The skills of MHNs are under-recognised and under-utilised, and discrimination against this occupational group (the oldest regulated allied health profession) is at the heart of recruitment and retention issues for MHNs. Meanwhile, at last count (in 2018) there were 24,600 ‘counsellors’ in Australia, earning below average wages, over 50% working part-time and eager to be more involved in providing ‘treatment’ that is needed.

Psychotherapists who voluntarily registered with organisations such as the Psychotherapy and Counselling Federation of Australia (which includes other disenfranchised professionals) do, like MHNs, vastly exceed the minimum qualifications needed to provide ‘Focused Psychological Strategies’ by any other guild. It is largely through psychotherapy, and the mobilisation of this undervalued and under-utilised workforce, including MHNs and psychotherapists, that the mental health and wellbeing of Australia will be improved.

*Dr Richard Lakeman is the Course Coordinator for the Master of Mental Health and Master of Mental Health Nursing programs and a Senior Lecturer at Southern Cross University’s internationally recognised School of Health and Human Sciences. He has 30 years’ experience working in the mental health field as a mental health nurse, psychotherapist, researcher and teacher in New Zealand, Ireland and Australia. Clinically he has focused on working with people with complex mental health needs. Visit www.working4recovery.com to read more about the role of psychotherapy in mental health.