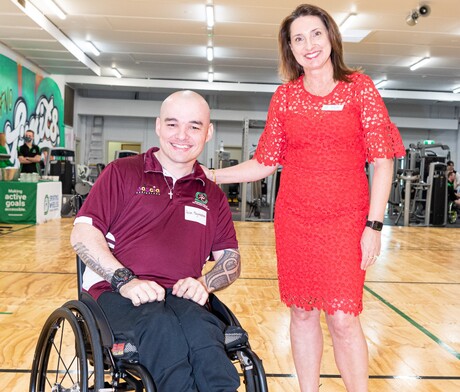 There is no doubt sport changes lives, and for the almost one in five Queenslanders living with a disability, it empowers them to realise their full potential and advocate for changes in society. Sport enables people living with disabilities to acquire vital social skills, develop independence and become empowered to act as change makers.

For over 40 years, Queensland not-for-profit Sporting Wheelies has made active living accessible to all, by enabling team sports and providing rehabilitation for those living with physical disabilities — giving every Queenslander with a disability the opportunity to live a more active and healthy life. Sporting Wheelies helps people like World Champion Boccia Player Jason Mayweather learn or relearn to walk and has made the Paralympics a possibility for countless Queenslanders.

Sporting Wheelies knows active goals can take many forms and believes that all ambitions are equal and valid. The organisation supports the variety of active goals people have, from increasing their mobility and independence and improving their health, to socialising, participating recreationally or representing their country.

Recently appointed Sporting Wheelies and Disabled Association CEO Amanda Mather has a glowing history of helping Australians. With a career in health care spanning over 25 years, she is passionate about creating a positive community for everybody. Amanda’s knack for business has served her through a diverse career in the government, commercial and healthcare sectors. Taking on roles from public relations, marketing and change management, to planning, policy and product development, she is truly a force to be reckoned with. 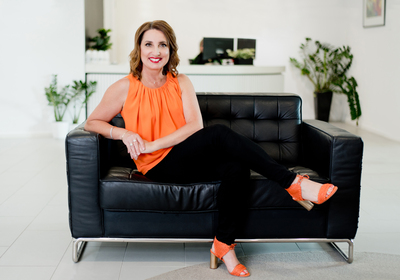 Not one to shy away from a challenge, Amanda joined Queensland Health in 2005 and took on the enormous feat of overseeing a $2 billion state-wide budget. In 2007 she turned her attention to a planning and development role for the Queensland Children’s Hospital in South Brisbane — a facility that has become a lifeline and second home to many young Queenslanders and their families.

Amanda put her heart and soul into executive roles for the Children’s Hospital, working closely with children’s health not-for-profits and foundations. Along the way, Amanda became the General Manager of Hear and Say, founding Director of Bionics Queensland and now CEO of Sporting Wheelies.

During COVID-19, Sporting Wheelies pivoted its traditionally gym-centric offerings to telepractice and got to work on building and opening a health, sports and fitness centre. Amanda led the opening of the new Albion Centre alongside the team and Brisbane community who helped build it from the ground up, with everyone from builders to sign makers offering their time. This purpose-built facility is fitted with cutting-edge equipment and Queensland’s first dedicated courts for the Paralympic sports of Goalball and Boccia. The new centre embodies what Sporting Wheelies has worked towards for years — enhancing the lives of those around them. 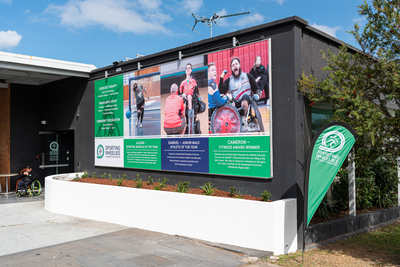 Sporting Wheelies is currently working to implement all-ability sports in schools across the nation. The new school program fosters inclusiveness using sport and is currently being trialled in three Brisbane schools — allowing kids of all abilities to be involved in team sport.

2021 predictions for the aged-care and disability sectors

What might 2021 hold for the aged-care and disability sectors?

The Australian Government will invest an additional $132.2 million in response to...