The difference between Alzheimer's and dementia 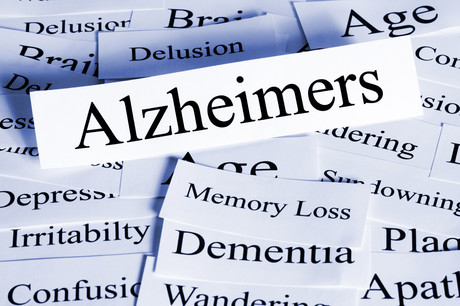 It’s not unusual for people to use the terms ‘dementia’ and ‘Alzheimer’s disease’ interchangeably; however, they’re not the same.

Dementia is a general term for a decline in mental ability severe enough to interfere with daily life. Alzheimer’s disease is a specific type of dementia that causes memory loss and impairment of other important mental functions.

“Dementia is an umbrella term for a serious decline in mental ability that impacts one’s overall health and functioning,” said Marcia Ory, PhD, MPH, head of the Center for Population Health and Aging and Regents and Distinguished Professor at the Texas A&M School of Public Health. “There are different types of dementia, and the most common type of dementia is Alzheimer’s.”

Alzheimer’s disease makes up between 60% and 80% of dementia cases. It is a progressive disease, which means that the symptoms gradually worsen over a number of years; Alzheimer’s sufferers live an average of eight years after their symptoms became noticeable to others.

Other specific types of dementia include vascular dementia and mixed dementia. Vascular dementia is considered the second-most common form of dementia after Alzheimer’s disease and usually results from injuries to the vessels supplying blood to the brain — often after a stroke or series of strokes.

Mixed dementia is a term that describes having multiple types of dementia, such as both Alzheimer’s disease and vascular dementia. In a person with mixed dementia, it may not be clear which symptoms are attributed to one type of dementia over the other. Researchers are still working to understand how the disease processes influence one another in mixed dementia patients.

In some cases, it’s not known what type of dementia someone has. The causes of dementia are not always known, and some older people may develop age-associated memory impairment — which is different to dementia and Alzheimer’s disease.

Two of the most common risk factors for Alzheimer’s and dementia are age and genetics. Most individuals with Alzheimer’s are 65 or older, and those who have a parent or sibling with Alzheimer’s are more likely to develop the disease. However, there is evidence to suggest that there are other factors that people can influence.

“Minimising the risk of these factors can potentially minimise the onset of dementia, but to an unknown degree,” Ory said. “We know that physical activity, a healthy diet and healthy lifestyle can help reduce the symptomology of many major diseases, and similarly these can affect the onset and progression of dementia symptomatology.”

The role of healthcare providers

Healthcare professionals can ease the burden of concern for many people concerned about dementia and improve quality of life if a patient has any of these conditions.

Although there are no medications or treatment that can cure dementia or Alzheimer’s, medications and a healthy lifestyle do help.

“Before people talked about dementia in medical terms, they’d say that the patient was ‘crazy’ or ‘senile’,” Ory said. “People don’t use those terms now because they recognise it’s a medical condition and not about personality or willpower. Alzheimer’s and dementia are far too common and are not something we can ignore.”