The cost of underemploying nurses in aged care 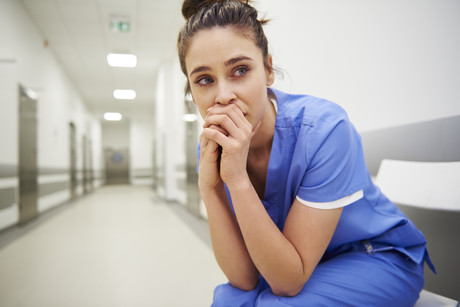 Although it may be a frivolous expression, Shaw’s quote is grounded in scientific truth. When our activity level or quality of life declines, often our health does too.

In fact, SA Health suggests that ‘functional decline’ — the decrement of physical or cognitive function in response to inactivity — is unrelated to the initial diagnosis for 30% of people; can begin as early as day two of a hospitalisation; and is non-recoverable for half of sufferers, three months post-discharge. ­­

With these statistics in mind, it is hard to accept that — often through no fault of any individual worker — the majority of aged-care residents may be spending their final years­­­ (typically more than three) sedated in front of a television set, drowsy and unresponsive to visiting family, getting neither the levels of physical, cognitive nor social stimulation they need to stay healthy.

Yet this is the tableaux painted by nurses’ submissions to the ongoing Royal Commission into Aged Care Quality and Safety.

In an interview with Hospital + Healthcare, Federal Secretary for the Australian Nursing & Midwifery Federation Annie Butler said that virtually all instances of elder neglect point to one common denominator: unsafe nurse-to-resident ratios.

“When you have one nurse for every 100–190 residents, there simply isn’t scope to meet the psychosocial needs of residents; sometimes not even their basic physical needs — like staying hydrated, getting wounds redressed in a timely fashion, or undertaking exercises that may offset functional decline,” Butler said.

“Claims that providers have created ‘homes’ for their residents are nonsense,” she added.

“Aged-care workers want to give residents a home-like environment. They want them to be as happy as they can be. But the governance structures aren’t allowing them to provide that.”

Despite numerous inquiry-backed calls to instate a minimum staff-to-resident ratio — or at least make existing ratios public knowledge — there is currently no legislation in place to deter the chronic understaffing of Australia’s aged-care workforce. In fact, a staff ratio disclosure bill was put forward in 2018 and sharply dropped. Butler attributes this to funding but says that, paradoxically — factoring in reductions in agency use, overtime, staff turnover and unwarranted hospital visits — implementing a minimum nurse-to-resident ratio policy would prove to be “cost neutral”.

“Our analysis shows that half a billion dollars would be saved if we were to raise the prevalence of nurses and care workers in aged care.

“Nurses often have no choice but to call an ambulance for simple medical interventions, which they may not need to if they had assistance from at least one other onsite medical expert.

“As a nation, we aren’t saving anything by underemploying nurses in aged care; we are simply palming the issue (and associated costs) off to other services.”

Butler’s estimate — produced by economists at Flinders University — is similar to that made by Aged Care Workforce Strategy Taskforce Chair Professor John Pollaers in 2018.

Professor Pollaers’ analysis showed that putting an additional hour of care into the system, and bringing wages in line with commensurate health-related professions, would improve employee recognition, capability and retention, and yield substantial holistic care benefits.

“We need a system that delivers fundamental clinical care and, at the same time, gives people the opportunity to self-determine and live the life they wish to live,” he told Hospital + Healthcare.

“We all need to consider what it would take to keep people at home and independent for longer. For example, if given 12 weeks of rehabilitation post-hospital discharge, instead of the usual four, older patients could avoid ending up in residential care. But because our health and aged-care funding systems are siloed, the opportunity is missed. Instead, without the extended care they need, the patient often deteriorates, placing a greater longer-term strain on the sector.”

An expert in functional decline, Professor Pollaers said the reports of oversedation were a “tragic shame” and would create a “snowballing effect” of suffering for aged-care residents.

“It’s well documented that visits from family members become fewer and further between if they don’t get a ‘return’ on their time investment. If residents are overly medicated and unable to properly interact with their relatives, I fear they will become deprived of the social interaction they so critically need to stay cognitively healthy and, importantly, independent and happy.”

Though ‘playing’ may be too literal an interpretation of Shaw’s quote, perhaps its key takeaway — to keep young through physical and social stimulation — is one to keep in mind when driving aged-care policy.