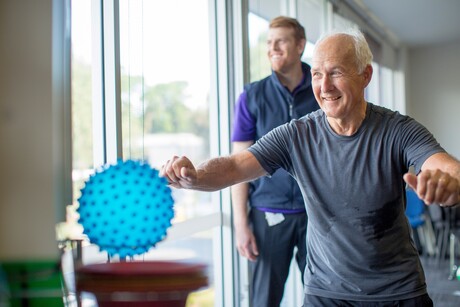 An internationally recognised rehabilitation initiative known as the PD Warrior program is being offered for the first time in Sydney’s north-west, with the potential to improve the symptoms of patients living with Parkinson’s disease.

The exercise-based program was developed by neurological physiotherapists and designed specifically for people recently diagnosed with Parkinson’s disease. The PD Warrior program taps into the brain’s ability to retrain itself by creating new nerve connections — known as neuroplastic change.

PD Warrior encourages participants to focus on challenging their mind and body to improve movement and overall symptoms of Parkinson’s disease.

The program is being delivered by rehabilitation provider Royal Rehab’s specially trained physiotherapists and an exercise physiologist. Group sessions are going ahead, with smaller class sizes to comply with social distancing regulations at Royal Rehab’s Ryde location. 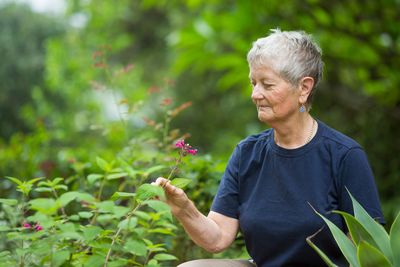 “The group-based program helps both the physical and cognitive symptoms that occur with Parkinson’s disease, in a fun and social way,” Dr Parapuram said.

“We think the PD Warrior program could have a number of benefits for those with Parkinson’s disease who may have been spending more time alone these last few months or not participating in as many of their regular outings or activities.”

PD Warrior founder and specialist neurological physiotherapist Melissa McConaghy said she is excited to be partnering with Royal Rehab.

“With their reputation for clinical excellence and treating complex neurological cases, Royal Rehab is the perfect fit for the PD Warrior program. We are proud to be working alongside them,” McConaghy said.

According to Royal Rehab’s physiotherapy professional leader, Sarah Fereday, exercise can be a form of medicine for people with Parkinson’s disease.

StandingTall is an app that offers individually tailored exercises to older Australians so that...