Professor Roianne West: on a mission to achieve equity in our health system 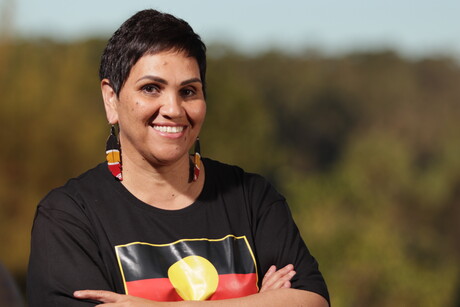 Why do vast gaps exist between Indigenous and non-Indigenous Australians when it comes to health outcomes? What would you say if someone told you that racism is embedded in Australia’s healthcare system, and that the system itself was perpetuating inequities?

In Conversation provides a glimpse into the life of an ‘outlier’ — an exceptional person going above and beyond to improve outcomes in their field. Professor Roianne West is an inspiration, taking on the immense task of unravelling racism in Australia’s complex health system through innovative training and education, and inspiring a generation of healthcare workers to understand the impact of racism on the health outcomes of Aboriginal and Torres Strait Islander people.

In addition to her role as Foundation Professor of First Peoples Health and Foundation Director of the First Peoples Health Unit at Griffith University, Professor West is also an invaluable member of the Lowitja Institute Research Advisory Committee, and her contributions in this role have shaped the direction of Aboriginal and Torres Strait Islander health research throughout Australia.

Awarded the 2020 Lowitja Institute Cranlana Award for her outstanding research leadership, Professor West’s ultimate mission is to improve health outcomes for Aboriginal and Torres Strait Islander people by focusing on boosting the number of Indigenous Australians in the health workforce and finding the right training and educational frameworks that positively impact on retention and completion rates. This process involves rigorous assessment of educational and training models — to find the best way to teach Aboriginal and Torres Strait Islanders and prepare them for the health workforce.

“The aim of my work is to prevent racism from being perpetuated. I want the next generation of health workers to understand and acknowledge our past and how that has shaped them, their professions, and the health system and policies that we have today. I want them to know how to provide care to First Peoples on an individual, organisational and system level.”

Previous policies have seen things done to, rather than with, Indigenous Australians. This stems from the idea that non-Indigenous Australians know what’s best and so should be the ones to make the decisions. This idea is at the core of why racism is perpetuated in our systems and institutions.

Professor West’s work strives to disrupt the system through innovative training and education, so that the next generation of health workers don’t just do what has always been done, but work with individuals and each other to make the system better.

“Our innovative training and education frameworks are designed intentionally to invoke discomfort. We want non-Indigenous health students to feel emotion, because this is what will move them and connect to new learning, and this is what will instigate change. If students don’t understand that invasion and colonisation has had an impact, racism will continue to perpetuate.”

Professor West explained that the very presence of Indigenous Australians in the health workforce brings often unrecognised Indigenous knowledge. Although this knowledge is difficult to articulate, this is what we need to acknowledge and, where possible, teach to non-Indigenous workers.

Power dynamics play an important role in unravelling systemic racism. Australia’s healthcare system is complex, with many hierarchies, but giving agency to Indigenous Australians at an individual, organisational and system level is paramount. Ensuring Indigenous leadership in key decision-making forums is vital to disrupt the existing system and allow Indigenous voices to be heard and valued to make a difference.

As members of communities and societies, we embed cultural concepts unconsciously, and it’s not until we begin to question the operations of certain systems and institutions that we can address racism.

To help close the gap in healthcare outcomes, Indigenous voices and choices need to be included when informing health policies so that they become part of the fabric of our health system.

The challenge facing procurement in the aged-care sector

The challenge for procurement in the aged-care sector is to help redesign the operating cost...

The IHHC conference has a holistic focus, and brings together delegates from a variety of health...

At any age, every brain is capable of very substantial change, in an improving and strengthening...