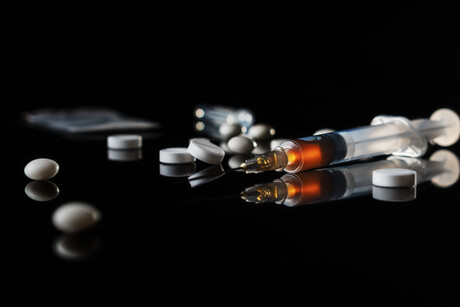 Australia’s Annual Overdose Report 2020 reveals that — for the fifth year running — more than 2000 Australians lost their lives due to overdose. The Penington Institute report highlights an alarming trend driven by deaths involving opioids, stimulants and the use of multiple substances at the same time (known as polydrug use). The overdose death toll is reported to cost the Australian economy more than $13 billion every year.

“Overdose is our hidden health crisis — and it’s a crisis that is costing us billions. And what’s worse is these deaths are preventable,” Penington Institute CEO John Ryan said.

“We simply can’t accept that 2000 of our sons and daughters, mums and dads, and brothers and sisters die every year from a drug overdose.

“Over 400 more Australians die of unintentional overdoses than on the roads every year — and the gap is widening. Concerted campaigning, investment in evidence-based policies and community education has done a great job of bringing down the road toll. We must tackle our overdose crisis in the same way,” Ryan said.

Ryan explained that, in response to the report findings, Penington Institute is calling on the federal government to bring down the overdose toll by committing to the following policies:

Ryan said, “A deep-rooted social, health and legal problem can’t be fixed with technology alone. Real-time prescription monitoring carries real risks of locking people out of receiving the care they need and diverting them to unsafe illicit drugs. Stopping access to pharmaceutical drugs without proper treatment will result in more deaths.”

Penington Institute Deputy CEO Dr Stephen McNally commented, “The overdose crisis is felt at all levels of our society. However, the most recent data again shows that some Australians are more vulnerable than others.”

Age remains a risk factor for overdose death, with over 40% of all unintentional overdose deaths in 2018 suffered by Australians aged 50 and over, while those in their 40s accounted for 27% of the total.

“We want Australia’s Annual Overdose Report to encourage Australians from all walks of life to talk more about overdose and drug issues,” Ryan said.

“That’s vital if we’re to bring this hidden crisis out of the shadows. The rich, middle and poor are all impacted by overdose. City and country too. It is not someone else’s problem. It is an Australian problem that we must collectively face up to.”

The Australian Injecting and Illicit Drug Users League (AIVL) has also called for a greater focus on key prevention and harm reduction initiatives to address rates of overdose. In particular, AIVL is calling for the implementation of widespread peer distribution of the opioid overdose reversal drug naloxone and enhanced resourcing for peer-based overdose prevention programs across the country.

“The National Drug Strategy refers specifically to the need to prevent and respond to overdose ‘including increased access to naloxone’[1]. On International Overdose Awareness Day, the focus is on those initiatives that prevent overdoses and save lives,” AIVL CEO Melanie Walker said.

“In the context of rising rates of overdose across the country, there really needs to be an enhanced focus on the implementation of evidence-based prevention and harm-reduction measures.”

Australia’s Annual Overdose Report 2020 reinforces previous research by the National Drug and Alcohol Research Centre, showing that heroin is now once again the leading opioid underlying opioid-induced accidental deaths. There have also been increases in deaths involving synthetic opioids such as fentanyl and tramadol over the past decade.

An increasing rate of deaths involving psychotropic medicines (eg, benzodiazepines, antipsychotics) and non-opioid medicines used for treatment of certain pain conditions (eg, pregabalin) is of concern. It is important to note that these medicines are often identified alongside other drugs such as in cases where opioids are the underlying cause of death and benzodiazepines are an associated cause of death)[3].

“International Overdose Awareness Day is a global event held on the 31st of August each year, aiming to raise awareness of overdose and reduce the stigma of drug-related deaths,” Walker explained.

“It acknowledges the grief felt by families and friends remembering those who have met with death or permanent injury as a result of drug overdose. As part of International Overdose Awareness Day, AIVL’s member organisations around the country will be undertaking activities to promote awareness and prevention and remember those lost.

“A key message is that the tragedy of overdose deaths is preventable. In this context, it’s important to focus on practical things that can be done right now in Australia to save lives. People who use drugs have an important role to play as part of broader prevention and harm reduction efforts. Enabling greater access to naloxone and peer-based overdose prevention programs are practical ways that governments can help people to protect themselves and prevent overdose deaths — which would be a wonderful outcome for individuals, families and the broader Australian community,” Walker said.