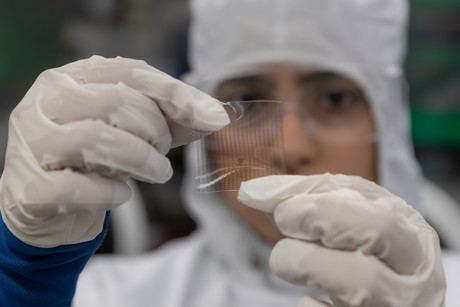 The technological era is well and truly here. However, despite some progress, the aged-care industry is largely yet to realise the potential that technology can bring to not only facility management but, more importantly, residential care.

This institutional delay in adapting to new technology has seen Melbourne-based company Sleeptite, and its CEO Cameron van den Dungen, embark on a journey with one aim in mind — to develop technology that will see Australia become a world leader when it comes to increasing the quality of health care provided to its elderly.

Sleeptite and its partners are developing a system that will alert carers to residents at risk of falling should a resident leaving their bed willingly, or accidentally, allowing faster response times. Non-invasive, medical-grade sensors in bedding materials will feed information into a central interface alerting carers to movements or potential areas for concern, so they can direct their energies to the people most in need at the right time.

The Sleeptite program will offer nurses and carers greater insight into the real-time health and wellbeing of residents, while also providing facility managers with reporting metrics that will help benchmark homes. “We need to equip the valuable carers with systems that allow them to out-perform any aged-care worker that has gone before them,” van den Dungen said.

Origins of an idea

Joining the family business, Forty Winks Hawthorn, in 2008 van den Dungen travelled the world researching what new technologies were bringing to the bedding industry. He discovered a passion that took him back to his family roots — his Oma owned private aged-care homes across Melbourne when the family first immigrated to Australia from the Netherlands in the 1950s.

“When I looked at how new technology was being introduced to a bedroom setting I realised most of it wasn’t being designed to have a tangible effect on a user’s state of sleep, more as a point of difference between brands. This line of thinking led me to investigate how technology could truly benefit a person’s overall wellbeing,” van den Dungen said.

Ultimately, it was a connection with a team of award-winning researchers at RMIT University in Melbourne that turned a passion into reality and saw Sleeptite awarded a $1.7 million federal government grant through its CRC-P program earlier this year.

“Meeting the team at RMIT was a game changer for me. The flexible proximity sensors they had designed and were continuing to develop meant we were closer to achieving my purpose than even I had probably realised only months earlier,” van den Dungen said.

Now Sleeptite and RMIT are taking the existing technology and developing flexible proximity sensors that can be embedded in materials that sit external to the human body while still providing medical-grade monitoring of a person’s vital signs.

The program involves not only developing the sensors but a vast advanced manufacturing project, also run out of Melbourne by another Sleeptite partner, Sleepeezee, as the technology is taken out of the lab and adapted to real-world situations and environments.

The research team at RMIT is equally excited about the potential of Sleeptite and how the technology they have been developing for almost seven years will be making a difference to some of Australia’s most vulnerable people.

“When you start developing these technologies you always hope that one day it will leave the lab and be put into a real-world environment and I couldn’t be more excited about the impact this technology will have,” lead researcher Associate Professor Madhu Bhaskaran said.

Associate Professor Sharath Sriram echoes Bhaskaran’s sentiment: “We are surrounded by technologies that make life easier, but there are not many that make it better and this is what makes the Sleeptite program so unique,” he said.

Sleeptite aims to have the first phase of the Sleeptite program in field trials by early 2019. 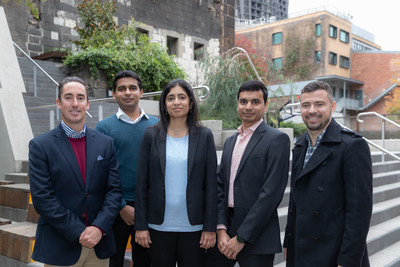