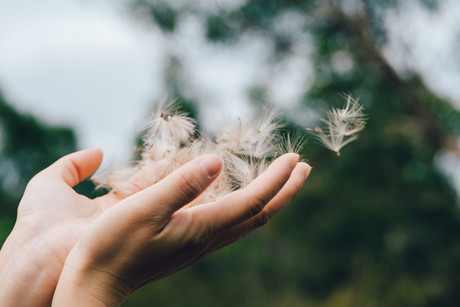 Patients are at high risk of suicide immediately following hospital discharge for self-harm, highlighting the need for early follow-up care and attention to risk-reduction strategies. The findings, published in The Lancet Psychiatry, are from an observational study spanning 16 years, including almost 50,000 people from five English hospitals.

To reduce the high risk of suicide after hospital attendance for self-harm, improved clinical management is needed for all patients. This includes comprehensive assessment of the patients’ mental state, needs and risks, as well as implementation of risk-reduction strategies, including safety planning.

“The peak in risk of suicide which follows immediately after discharge from hospital underscores the need for provision of early and effective follow-up care,” said study author Dr Galit Geulayov, Centre for Suicide Research, Department of Psychiatry, University of Oxford, UK.

“Presentation to hospital for self-harm offers an opportunity for intervention, yet people are often discharged from hospital having not received a formal assessment of their problems and needs, and without specific aftercare arrangements. As specified in national guidance, a comprehensive assessment of the patients’ mental state, needs and risks is essential to devise an effective plan for their follow-up care,” Dr Geulayov explained.

Each year, an estimated 200,000 non-fatal self-harm cases present to emergency departments across England. Self-harm is associated with increased mortality, particularly by suicide. Approximately 50% of individuals who die by suicide have a history of self-harm, with hospital presentation for self-harm often occurring shortly before suicide.

The study compared the risk of suicide following hospital presentation for self-harm according to patient characteristics, method of self-harm and socioeconomic deprivation. It also estimated the incidence of suicide by time after hospital attendance, adjusting for gender, age, previous self-harm and psychiatric treatment.

The study included 49,783 people aged over 15 years, who presented to hospital after non-fatal self-harm a total of 90,614 times between 2000 and 2013. The authors followed these patients for 16 years (until the end of 2015) and the study included five hospitals (one in Oxford, three in Manchester and one in Derby).

Around one-third of these deaths occurred within a year of the patient attending hospital for non-fatal self-harm (36%, 252/703 deaths) and the study confirmed the high risk of suicide in the first year after presentation to hospital for self-harm (the incidence of suicide in the year following discharge from hospital was 511 suicides per 100,000 people per year — 55.5 times higher than that of the general population).

The authors found that risk was particularly elevated in the first month (the incidence of suicide in the month following discharge from hospital was 1787 per 100,000 people per year — close to 200 times higher than in the general population), with 74 out of 703 people in the study dying by suicide within a month.

The authors also found that some forms of self-harm were more strongly linked to subsequent suicide.

The researchers said that holistic assessment of these risk factors is required, warning that no single characteristic will help predict later suicide.

“While awareness of characteristics which increase the risk of subsequent suicide can assist as part of this assessment, previous studies indicate that individual factors related to self-harm are a poor means to evaluate the risk of future suicide,” said Professor Keith Hawton, also from the Centre for Suicide Research.

“These factors need to be considered together, followed by risk-reduction strategies, including safety planning, for all patients.”

Writing in a linked Comment, Dr Annette Erlangsen, Danish Research Institute for Suicide Prevention, said there are a range of treatment options available following presentation of self-harm in emergency departments (including referrals to psychiatric wards after psychosocial assessments, outpatient treatment for patients not under immediate risk of self-harming and, in some countries, specialised suicide prevention clinics) but many countries send patients home with a referral to their GP or do not refer at all.

“The bottom line is, while the body of evidence of effective intervention is growing, we need to help people who present with self-harm,” Dr Erlangsen said.

“Operating in such a scenario is challenging but the numbers are clear; we need to ensure that patients receive support immediately when presenting and implement a continuation of care after discharge.”

For support, please contact Lifeline at https://www.lifeline.org.au/ or Befrienders Worldwide at http://www.befrienders.org/.