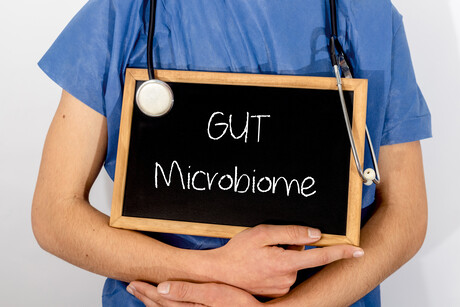 Deep within the human body lies a busy community of bacteria called the gut microbiome, located in the large intestine. Over recent years, these bacteria have been increasingly linked to various health and disease states as well as bodily processes and functions. For healthcare professionals working in a hospital setting, perhaps one of the most interesting is a bacterial enzyme called beta-glucuronidase.

Beta-glucuronidase is an enzyme that certain gut bacteria can produce. This enzyme can limit the excretion of compounds from the body such as medications, hormones, neurotransmitters and environmental toxins by reversing a detoxification process known as glucuronidation. Glucuronidation is a well-described phase II metabolic pathway that occurs predominantly in the liver and involves the transfer of glucuronic acid or GlcUA (a sugar molecule) to compounds marked for excretion. Glucuronidation generally makes compounds more water soluble, allowing them to be more easily excreted via the urine or bile.

Certain gut bacteria can produce beta-glucuronidase that breaks the tight glycosylic bonds between the deactivated compound and glucuronic acid. They do so to use the glucuronic acid as a fuel source. Once the glucuronic acid has been removed, the original molecule (previously marked for excretion) can be reabsorbed through the epithelial layer back into the body. At a simpler level, the microbiome is recycling these compounds, increasing their potency in the body. 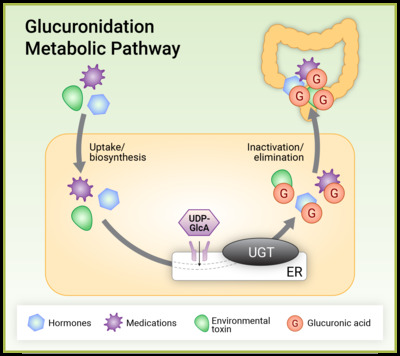 Adequate beta-glucuronidase activity within the gut microbiome is important as it plays an important role in salvaging some beneficial compounds from the bile. For example, serotonin and vitamin D undergo glucuronidation which, if adequately salvaged from the bile, can yield a clinical benefit to certain patients.

Patients with a gut microbiome showing a high genetic potential to produce beta-glucuronidase may experience increased sensitivity to certain medications. A recent study identified 100 medications that could be reactivated by microbial beta-glucuronidase. These ranged from opioids, oestrogens, non-steroidal anti-inflammatory drugs (NSAIDs), benzodiazepines, anti-hypertensives and anti-diabetic medications.

Understanding a person’s potential to produce microbial beta-glucuronidase in their gut may be key in understanding individual drug responses and be a major consideration for doctors and pharmacists regarding the prescription of medications in the future.

To understand the impact of medications on individuals with high potentials to produce beta-glucuronidase in the gut, it’s important to take into consideration their exposure to certain medications as well as any presenting symptoms.

For patients with a high potential to produce beta-glucuronidase in their gut microbiome, dietary intervention through the addition of the prebiotic fibre glucomannan can assist. Glucomannan is a type of fibre that has been shown to reduce faecal beta-glucuronidase activity. It can be found in konjac root and konjac-based foods such as low-calorie noodles and pasta.

A double-blind, placebo-controlled trial found that supplementing a typical low-fibre Taiwanese diet with 4.5 g glucomannan per day for 4 weeks resulted in a 31.5% reduction in faecal beta-glucuronidase activity. The proposed mechanism for this was the prebiotic effect of glucomannan, supported by a preliminary assessment of the microbiome which showed that the glucomannan intervention was associated with increased abundances of Bifidobacterium and Lactobacillus species. More research is needed to confirm whether other prebiotic fibres would have a similar impact.

How could the gut microbiome be playing a role?

Everyone’s gut microbiome is unique, and evidence continues to grow around the importance of gut bacteria in health, disease and bodily functions. Healthcare professionals will understand that personalised approaches are important to clinical care. Delving into a patient’s gut microbiome can provide new health insights and may help to determine whether the microbiome is playing a role in their health concerns.

Understanding a patient’s gut microbiome and its potential to produce certain beneficial or not-so-beneficial compounds can assist with making evidence-based clinical decisions. Gut microbiome analysis using metagenomic sequencing can help to assess, improve and monitor a patient’s gut health. For more information about the different types of analysis, visit this blog from Australia’s Insight analysis. 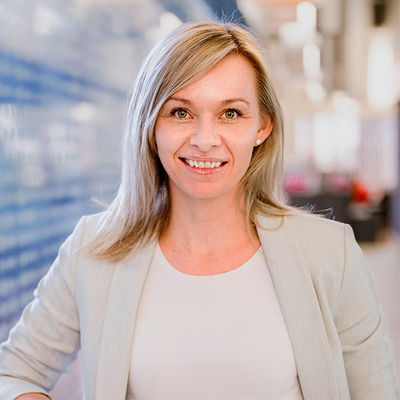 Christine Stewart is a nutritionist and registered nurse with experience across the medical (hospital), nutrition and public health industries. She brings more than 15 years of experience of working with patients in her role as a Clinical Application Specialist with Insight. Christine has a Master’s Degree in Human Nutrition from Deakin University and a Bachelor of Nursing from Griffith University. She has a passion for educating and supporting microbiome restoration through the adoption of positive eating behaviours and works closely with healthcare professionals to implement gut microbiome analysis in practice within Australia.

Melbourne mental health facility The Victoria Clinic is in the process of a $50 million upgrade...

How AI is shaping the future of oral wellness

As technology continues to evolve at a rapid rate, what was once the stuff of science fiction is...

As Australia emerges from lockdown and our cities begin to reopen, the excitement on the city...