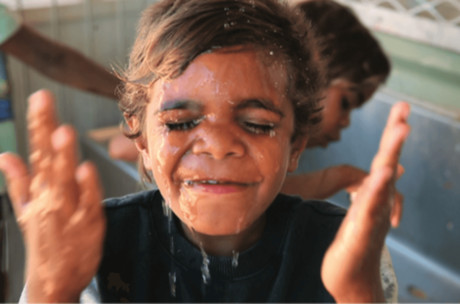 The research team, led by paediatric intensivist Associate Professor Luregn Schlapbach (Lady Cilento Children’s Hospital and Mater Research Institute, University of Queensland, Brisbane) and including participants from each mainland state capital, analysed data for the 82,750 children (aged 16 or less) admitted to an ICU during 2002–2013, including 4864 Indigenous children.

The study focused on the most severe infections, including sepsis, pneumonia and other invasive infections requiring life support in an ICU. These infections were the single most common reason for admission of Indigenous children to an ICU, accounting for 23.0% of non-elective admissions.

In the past decade, sepsis and other life-threatening infections in children have been the focus of campaigns to improve childhood survival in Australia and around the world. Despite progress, this study shows that there remains major differences between Indigenous and non-Indigenous children with respect to these infections.

“Our study highlights an important area of inequality in health care for Indigenous children that requires urgent attention. Further research is needed to define risk factors and to develop and assess appropriately targeted interventions.”

In an accompanying editorial, Associate Professor Pamela Palasanthiran from the Sydney Children’s Hospital Network, and Dr Asha Bowen, from Princess Margaret Hospital for Children and the Telethon Kids Institute in Perth, wrote that the high incidence in Indigenous children of impetigo, in which co-infection with S. aureus and Streptococcus pyogenes is common, which can lead to complications, such as sepsis, if untreated.

“As a staphylococcal vaccine is not likely to be available in the near future, efforts for improving outcomes for Indigenous Australian children should focus on reducing S. aureus transmission, detecting and treating superficial S. aureus infections, and accelerating clinical trials of adjunctive treatment for S. aureus, each from as early in life as possible,” they wrote.

Source: The Medical Journal of Australia — a publication of the Australian Medical Association.