Hand injuries are the most common in the workplace; so why isn't more done to prevent them?

We take a closer look at report, In Safe Hands: The State of Hand Protection in Australia, compiled by the National Safety Council of Australia Foundation and Ansell.

In partnership with the National Safety Council of Australia Foundation, Ansell commissioned independent research into hand injury rates, reporting and management practices in the country.

More than 200 managers and executives in the workplace health and safety industry were surveyed, and five in-depth interviews were conducted with members of organisations nominated as leaders in safety performance in Australia, with an aim to gain an insight into current safety practices and attitudes towards safety management and measurement.

According to the report, 73 per cent of respondents said that safety performance is improving year on year.

Interviews with safety executives also revealed that there has been a greater focus on safety risk management, as well as influencing attitudes and behaviours.

“Namely, organisations are moving away from a top-down, prescriptive approach to safety, instead, focusing on coaching and mentoring employees to own the implementation of safety practices and establishing engagement structures whereby workers have the opportunity to provide feedback,” the report states.

“Physical and technical components are important but culture is key. For most respondents, initiatives based in cultural change are the most effective, with employee engagement being viewed as the most favoured.

“However, the views were not universal. Many respondents cited mentoring, an emerging new practice as being less useful.”

When asked how the field of safety has changed in recent times, one respondent said: “It begins with engineers designing safe systems of work. Once designed, it’s time to do the hearts and minds piece. The best way of achieving this is to allow the workforce to own that piece of work, so you need to let the engineers surrender that piece of work to the workforce.”

Another said: “Safety needs to be dealt with on a number of fronts. One of these is the way work is designed technically, however you can’t rely solely on this approach. You need to have the culture and belief system that instils safe behaviour and risk awareness. Those are the two platforms that we build our safety practices on.”

According to the report, almost all organisations (94%) surveyed measure injury rates in some way, however their methods vary.

While both lagging (e.g. injuries, fatalities) and leading (e.g. near misses, risk assessments) indicators are utilised, the emphasis has traditionally been on lagging indicators as the main reporting metric driven by board or customer requirements.

Seventy per cent of organisations use lagging (e.g. injuries, fatalities) indicators with 71 per cent measuring injury frequency as the main indicator.

“Beyond reporting the metrics, lagging indicators are cited as limited in their ability to drive changes that improve safety. Instead, lead indicators (especially examination of near misses) are found to be more effective in developing injury prevention strategies,” the report says.

“While 73% of organisations also utilise leading indicators, (including workplace inspections, 54%; training/education, 17%; near misses, 10%) to date there is limited benchmark or best practice information for leading indicators despite being viewed as more effective in preventing injury. Injury metrics vary considerably across organisations.” 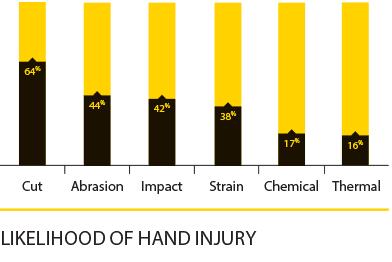 The report reveals hand injuries are one of the most common injuries among many injuries, with 93 per cent experiencing such injuries. Of these organisations, six in 10 measure hand injury rates.

Cuts are the most common injury sustained with close to two-thirds of companies likely to have employees sustain this type of injury.

While there are no statistics on hand injuries that relate specifically to mining, Ansell’s senior marketing manager Dean Clark says he is hoping to include more industry-specific insights in future research.

“We do know from the US though, that just under 50 per cent (48.8%) of non-fatal mining injuries are attributable to handling machinery, materials and hand tools, according to statistics issued by the Center for Disease Control and Prevention,” Mr Clark says.

“Hands are usually first ‘in the line of fire’ for workers. While automation, hazard reduction and better engineering of tasks and environments has improved the risk of an injury, the hand is usually the first to be hurt.”

Mr Clark says he doesn’t believe hand safety is overlooked, but perhaps is more treated as having “reached a plateau”.

“Hand safety programs, glove programs and the like are absolutely common practice for safety leaders, and personal protective equipment providers like Ansell continue to offer new and improved solutions for hand protection,” he says.

In regards to the issue of some mining companies skimping on glove quality as a cost cutting measure, Mr Clark said he has seen similar approaches from many in the industry.

“…not just in terms of downgrading gloves to cheaper versions, but also rationalising the available options to workers, being more strict in ensuring workers use the site-approved solutions, and biggest of all, reducing waste,” Mr Clark says.

“In most cases, these strategies don’t actually come at the detriment of safety performance, but they do need careful implementation. If a worker is more likely to not wear a glove, or remove a glove to perform a task, as a result of new policies, this can result in negative outcomes.” 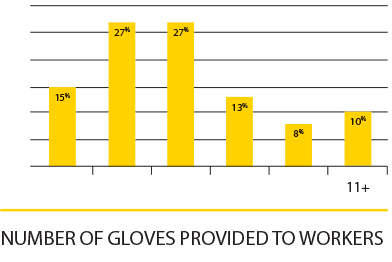 On average, organisations provide their workforce seven different types of gloves and, while making PPE available to workers is important, a key challenge is ensuring workers wear the right glove for the right job.

“A lot of the time we have to use contractors, so often the cheapest and not the safest glove is used. So we have conversations around the right types of gloves to use… it’s more about changing behaviour,” one respondent said. 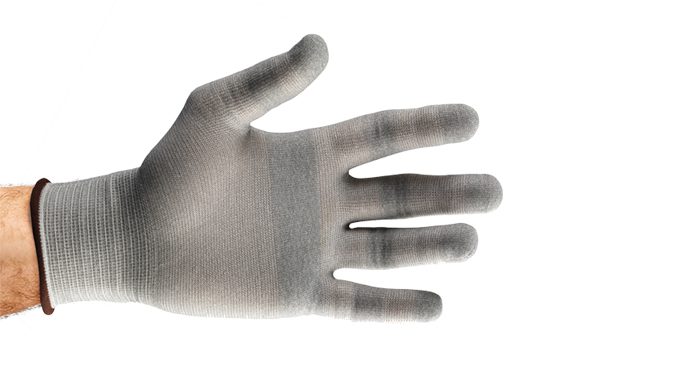 “When we work with companies on hand injury costs, we include all of the direct and indirect costs, including cost treatment, cost of lost productivity, cost of lost time, cost of re-training, cost of lost efficiency of training a new temporary worker, cost of a safety team’s time to investigate and manage an injury, and workers’ compensation costs,” Mr Clark says.

“When we take the time to step through these aspects, these costs can be significant and underestimated.” 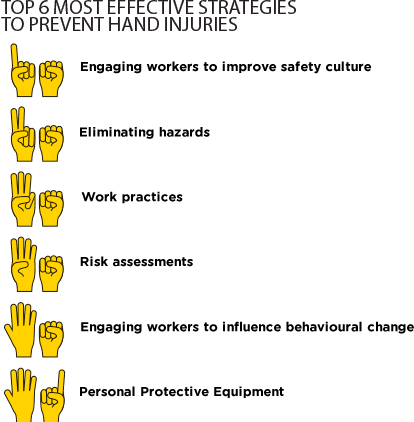 In many ways, we do need to understand, if not accept, that injuries to hands will occur in any industry where workers are in harm’s way.


CAN HAND INJURIES BE PREVENTED?

“In many ways, we do need to understand, if not accept, that injuries to hands will occur in any industry where workers are in harm’s way,” Mr Clark says.

“While the last points are not often first to mind when thinking about hand safety and gloves, we find that standard glove policies and approaches can be very well designed, but workers that are outside of the ‘ideal’ can slip outside of the net.” 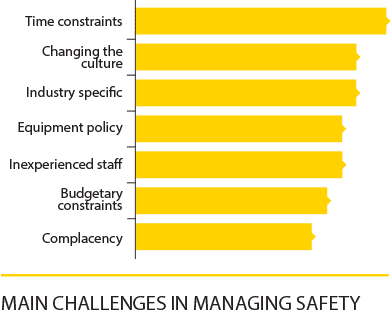 “Robust controls and quality PPE go part of the way to protecting the workforce, however, engaged employees who do the job well, who want to go home safely and are supported by their employer in prioritising their own safety and wellbeing, along with ongoing education and training, is key employee engagement in a holistic approach to workplace safety,” the report concludes.

In recent revisions to the Australian and New Zealand occupational protective glove Standard, mandatory independent testing and certification has come under scrutiny.

This creates a loophole for manufacturers and suppliers of safety gloves, where EN performance claims can be made without any independent proof.

The Standard now warns people involved in buying or supplying safety gloves to manufacturers and suppliers for proof of independent third party testing and certification.