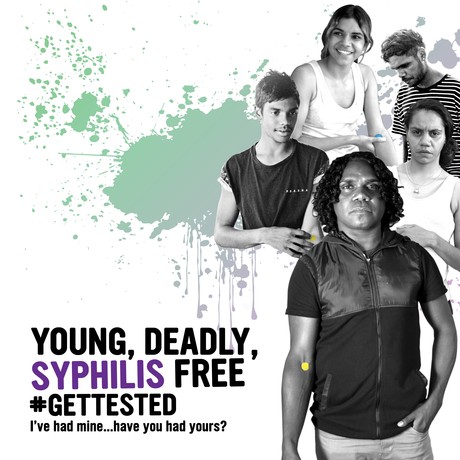 In Conversation provides a glimpse into the life of an ‘outlier’ — an exceptional person going above and beyond to improve outcomes in their field. In this issue, our guest is Associate Professor James Ward of Flinders University and the South Australian Health and Medical Research Institute (SAHMRI). Recently awarded the Rising Star Research Excellence Award from the National Health & Medical Research Council, A/Prof Ward was also recently recognised by his own community when NAIDOC South Australia named him Scholar of the Year. Known for his research into infectious diseases in Aboriginal and Torres Strait Islander communities, A/Prof Ward is a passionate advocate for taking action against STIs. He doesn’t just talk the talk … he walks the walk.

What led you to specialise in this field?

Almost 20 years ago I could see there was great disparity between the Aboriginal and Torres Strait Islander people and and non-Aboriginal people, and unfortunately this disparity hasn’t closed, particularly when it comes to STIs. It should have narrowed by a long way, because most of these STIs — like gonorrhoea, chlamydia and trichomoniasis — are easily tested for and cured.

I feel really passionate about the area. There is so much we could potentially do if we got the potency of interventions right, and if we got significant buy-in and good will from the community and from policy and programmers.

In a joint study from 2011, you were hopeful of eradicating syphilis in remote communities. Is this still the case?

Now there is no chance of eliminating it. It’s just ridiculous. Every year there’s probably 300–400 cases, and there’s been 1400 cases from the one outbreak that has moved across the north of Australia. We’re doing a lot around community notice and and engagement with young people.

We need to tap into the strengths that exist, rather than demonise young people in remote areas. It’s not that they’re promiscuous and sleep around; it’s because STI levels are so high in these communities that there’s little chance of not getting an STI if they have unprotected sex. People say ‘they should all be using condoms’, but if you compare it to other populations, 30% of gay men have unprotected sex.

How have STIs become such a big issue among Aboriginal and Torres Strait Islander people?

People in disadvantaged communities generally have poor health outcomes, both chronic disease and communicable diseases, and Aboriginal people in Australia are not spared. We live in a very developed nation and we’ve got this huge disparity between populations. That’s really disappointing.

How do the infectious disease challenges that Aboriginal and Torres Strait Islander communities face compare to other indigenous communities overseas?

For STIs we’ve got some of the highest notification rates, particularly in the developed world, which is not a good claim to have. Our HIV rates are higher than New Zealand [Maoris] and American Indians, but not as high as [the indigenous population in] Canada, and rates of viral hepatitis in Australia are probably among the highest in the world among indigenous people as well. So we haven’t got a very good storyboard here.

That’s what drives me to try and make a difference to those notification rates.

How big a threat is HIV to our indigenous population?

I’m really worried about the escalation of HIV in remote communities. It used to be a thing we talked about; now it’s a reality. When you’ve got a very high presence of other highly transmissible diseases, it makes it much easier for HIV to be transmitted.

We’re not prepared, we don’t have the workforce out in those communities, and clinical guidelines are not being followed. One guideline says that if you test positive for an STI, you should get the patient back for an HIV test within 30 days. But over the last four years, only a third of all positive STI diagnoses for chlamydia, gonorrhoea or trichomosias have been followed up with an HIV test. That is not good enough. It’s a clinical guideline, it should be happening, it’s not happening.

You’re clearly doing much more than research. Can you tell us about that?

We’re more like a research and translation centre here [at SAHMRI]. I don’t think we can do research without translating it into the population who are most at risk. I feel very passionate about it.

We have a website with resources at youngdeadlyfree.org.au, an Instagram account and an app called Divas Chat, which young people in remote communities use quite a bit.

I’m really happy with this campaign. It is Commonwealth funded, and we’ve had reach of over 70,000 since we started. People have engaged with the campaign about 6500 times; videos have been watched over 20,000 times. People are obviously desperate for things to happen.

What other positive stories can you tell us about work in this area?

We decided three years ago that every December we’d have a focus on HIV in Aboriginal communities across the nation, in collaboration with Aboriginal health services, for Aboriginal & Torres Strait Islander HIV Awareness Week. In our first year we had about 12 events; last year, 64 events. It’s really a grassroots, bottom-up approach.

Last year we launched it in Canberra and ran a great breakfast meeting with Parliamentarians during the last sitting. We had really good buy-in from about 20 parliamentarians, done on the smell of an oily rag.

In terms of our research, we’re in a much better place now to understand what we need to do. In 2013 we undertook a survey, and we’re about to embark on part two of that, to understand what young people know, what health services they go to and what risk behaviours they’re engaging in.

From the health services research, we understand how well the clinical guidelines are being used, how many young people are frequenting these services, so there are some lights at the end of the tunnel.

What message do you have for the healthcare industry?

Aboriginal and Torres Strait Islander health is not just Aboriginal and Torres Strait Islander business — it’s everyone’s business. There’s some very big health groups and professional groups that should be having a voice on these issues that often don’t. I think they need to step up to the plate. It’s not always easy as an Aboriginal person to talk to politicians; they often listen to professional people and groups. These groups can help with that. We need help with the cause, but in a way that is sensitive to the Aboriginal people, so we don’t stigmatise, stereotype or create further discrimination. 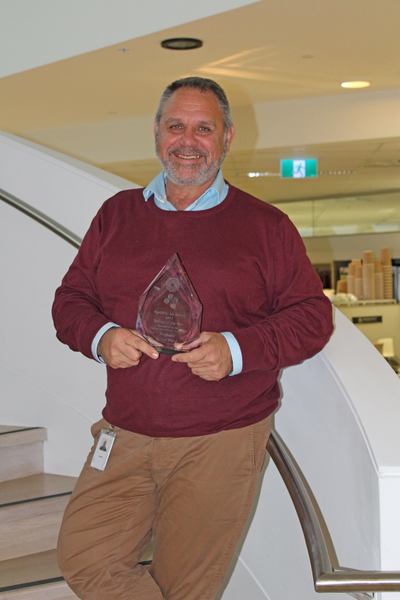 2021 predictions for the aged-care and disability sectors

What might 2021 hold for the aged-care and disability sectors?

The Australian Government will invest an additional $132.2 million in response to...