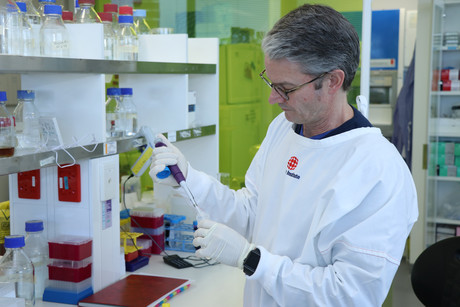 Professor Crabb spoke to H+H about his research.

We have known about malaria for over 100 years, yet are still working on its eradication. Why is malaria such a challenging disease to combat?

There are two reasons: one is that malaria remains a disease of poverty. Regions and countries most affected by the disease are poor and not in a position to drive solutions or, if solutions are available, are not able to implement them effectively. Malaria itself is a driver of poverty, acting as a barrier to education and income.

The second reason is more complicated. We have successfully developed vaccines for diseases such as smallpox, polio and measles, but the strategies adopted in these cases haven’t worked against malaria.

Malaria is a complicated parasite that mutates readily in the face of evolutionary pressures. So for instance, the parasite will mutate in response to a vaccine, a drug or a host’s immune system. Essentially, the parasite changes to avoid destruction by interventions. In evolutionary terms it is a very adaptable, successful organism, responding to its environment to survive.

The plasticity of the malaria parasite also denies immunity to those who have recovered from malaria. In other diseases, such as measles, a person will acquire immunity for the rest of their life after a bout of disease, but this is not the case in malaria. Many people find themselves in a continual cycle of recovery and re-infection, again and again.

Your investigations of the malaria genome offer a new path for combating the disease. Please tell us about the nature of your research.

Global malaria research is going back to square one to gain a better understanding of the malaria parasite. Following access to the parasite’s genomic sequence, our team has been manipulating the malaria genome to answer specific questions. Which nucleotides confer resistance to a particular drug? In the case of resistance, where is mutation emerging? Which gene is important for the development of clinical disease? What compounds would make effective vaccine candidates?

By manipulating the genome we can make any mutation that we want in order to find answers to these kinds of questions. Translational solutions can then follow. 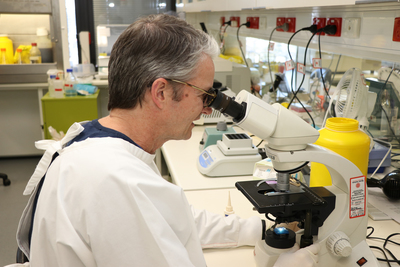 What discoveries have you made thus far?

By gaining a better understanding of the parasite we can identify new ways of making drugs to treat malaria. We can find the parasite’s weak points. Of the 5300 proteins that make up the parasite, we have found a malarial translocon — a single protein that 500 other proteins depend on to survive. Blocking the molecular process at this location is lethal to the parasite.

What is the ideal outcome for malarial research?

Genomic research will continue to find new therapeutic targets, and this is what we urgently need. To combat malaria we need new effective drugs and an effective vaccine.

We still don’t have a malarial vaccine. A new vaccine will soon become available; however, this will offer about 50% protection for one year. The goal is to have a vaccine that offers 80% protection for life. We are currently about two decades away from achieving this target. One day, we will have an effective vaccine.

Is the demography of malaria changing due to climate change?

What we can expect is that regions where malaria is either rife or absent will change as the climate changes. Some communities that are currently free of malaria may become more at risk; currently affected regions may see their risk reduce. Regions that become hotter and wetter will have a higher risk of being affected as there are likely to be more Anopheles mosquitos in these environments. 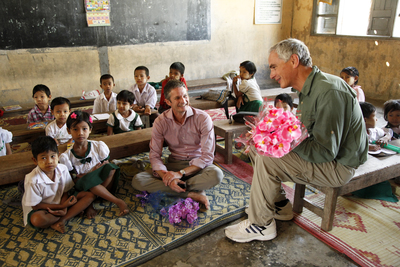 What are the current barriers to globally combating malaria?

We currently have intervention tools. We have antimalarial drugs; soon we will have access to a partially effective vaccine; we have bed nets and insecticides. The barrier in these cases is money. In terms of these interventions, communities can typically only afford one-third of what’s needed.

But to finish the job of eradicating malaria we need new tools. We need public health initiatives, an effective vaccine and a plethora of compounds that can be used to both treat and prevent the disease.

We also need to be continually vigilant, as malaria is a disease that can easily return to communities. For example, in the case of Sri Lanka — which was down to a handful of cases in the 1960s — authorities took their foot off the pedal assuming the threat was over and found themselves facing 300,000 cases of malaria within one year. The country subsequently eradicated the disease, but the case highlights that the threat of malaria remains.

We have to finish the job and deal with the tougher settings to finally eradicate malaria, and we need innovative approaches for the final 5% of completing the task.

Slow warming of the deep ocean not good news