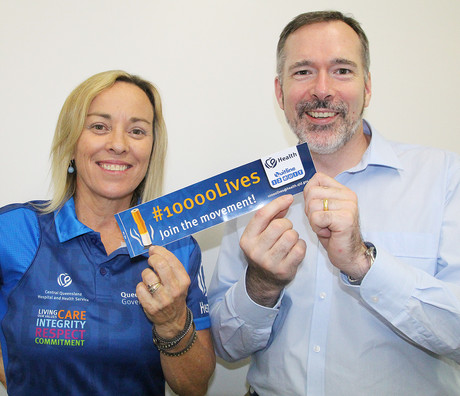 Central Queensland Hospital and Health Service has launched an ambitious plan as part of the Destination 2030: Great Care for Central Queenslanders strategy to save 10,000 lives from smoking-related deaths by the year 2030.

The population of CQ in 2016 was 235,471 with approximately 16.7% or 39,323 individuals reporting to be daily smokers, compared to the Qld average of 12%. The 10,000Lives movement was born from the desire to reduce the rate of smoking to 9.5% by 2030 — in effect, saving 10,000 lives from smoking-related death, with additional health and wellbeing benefits to the CQ community being immeasurably higher.

Director and Public Health Physician Doctor Gulam Khandaker is leading the project and explained: “The 10,000Lives movement has been initiated to increase social awareness of the dangers of smoking, the funded pathways and benefits of quitting, and to support local community preventative action.”

A key selling point for 10,000lives is Quitline’s ability to offer a free, personalised quit smoking program for those aged 12 and over, which includes three months of free nicotine replacement therapy posted to the home. A Facebook support group for CQ smokers is up and running and high-profile representative sports clubs are on board to promote smoke-free living via social media platforms.

With community tobacco summits being conducted in the five Central Queensland Hospital and Health locations, the 10,000Lives movement is gaining momentum. Senior Project Officer Caron Williams has been recruited to build community capacity both within the hospital and health service system and externally through partnerships with GPs, sports and community organisations: influencers, who understand the importance of their contribution. 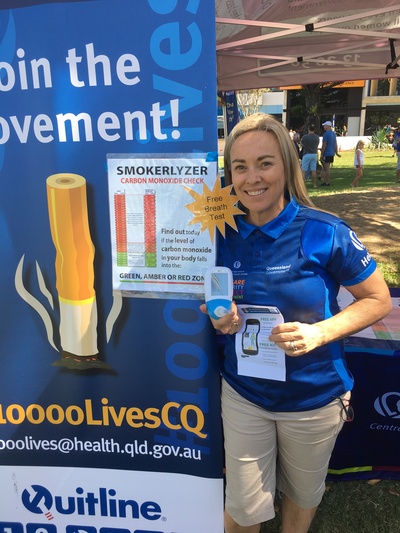 Caron Williams at a Capricorn Coast event with the smokerlyzer.

“We are excited by the recent data provided by Quitline indicating that since the announcement of the 10,000Lives movement in September 2017, calls and referrals to Quitline for Central Queensland have increased from an average of 140 per month to 278 per month,” said Williams.

Aboriginal and Torres Strait Islander people living in Central Queensland and pregnant women who smoke are a key priority and the newly released Quitline data indicates 11% of calls to Quitline were from this cohort since September 2017.

GPs and clinicians are very influential in motivating their patients to taking action. Williams explained: “We encourage all health professionals to take every opportunity to start the conversation about smoking with their clients. People expect it to be discussed and they listen to what the expert says.”

To ensure health professionals are up to date on the latest in smoking cessation, telehealth masterclasses conducted by experts in Brisbane are regularly streamed to CQ, as well as brief intervention training sessions. “We are implementing the ‘smokerlyzer’ (a breath testing device that measures carbon monoxide levels in smokers) for hospitals as well as at community health events. The smokerlyzer is effective in evoking an emotional response in smokers when they see the indicator go from green to red indicating the amount of poisonous gas replacing oxygen in the body. 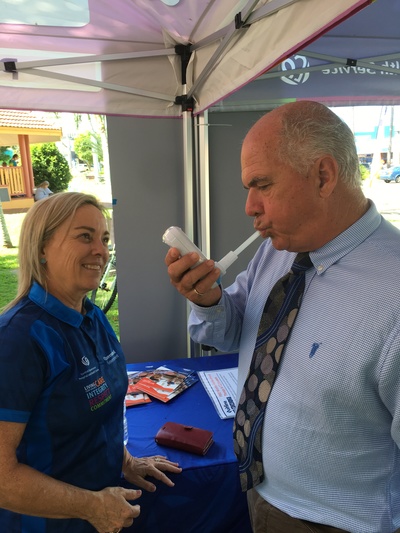 CQ Hospital and Health Chief Executive Steve Williamson said saving 10,000 lives from smoking deaths by the year 2030 is a very ambitious target. “We realise we can’t achieve this on our own, that’s why we’re enlisting the support of our health partners, businesses and influential community groups,” he said.

Despite good intentions, increased federal funding for mental health services is unlikely to have...