Nurse Gail Yarran is a Ballardong and Wadjuk woman living on Noongar country in Western Australia. Recognised earlier this year by HESTA as Nurse of the Year, she speaks about closing the gap, her faith, and her resilience in the face of repeated episodes of personal and institutional racism.

From the time her primary class laughed at her when she said she wanted to be a nurse, Yarran has worked tirelessly to overcome prejudice and improve the health of Aboriginal people.

As she’s discovered herself, racism and poor Aboriginal health outcomes exist hand in hand. It’s not only because some have suffered discrimination at the hands of medical professionals.

So Yarran works closely with Aboriginal and Torres Strait Islander people, advocating for them, protecting them as they make their way through the health system, and calling for more Indigenous health workers.

Her colleagues simply refer to her as ‘The Bridge’ for her continuing efforts to weave together the two worlds of mainstream health and Indigenous culture.

Gail Yarran grew up in the tiny country town of Quariding, about an hour’s drive due east of Perth.

One of seven girls, Yarran’s family grew up “in a tin shack with no running water or electricity”.

She remembers a pivotal moment in her long journey as a nurse and educator.

“When I was in primary school, I would have been about eight years old, I said that I wanted to be a nurse when I left school. The little country school was full of racism and the wodgella (white) kids, the whole class, just laughed and laughed at me saying, ‘A black girl can’t be a nurse’. I was really broken that day.”

When Yarran talks about how she survived this experience, and many like it, she makes particular mention of her mother’s support and guidance.

“I was very blessed to have a very strong family who was focused on belief in equality for all humanity, support for each other and a mother whose wisdom was gentle. She [said] that bullies were narrow-minded, had limited understanding, and were to be pitied rather than feared.

“My mother saw further than others and encouraged me to stay strong because I was worth it and my culture was too.” 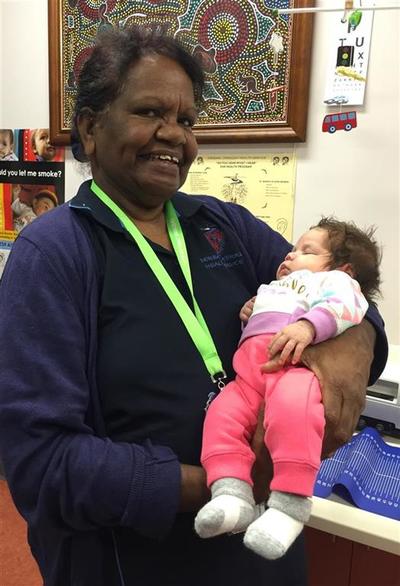 With her mother’s support, Yarran found a job at the local hospital serving meals and scrubbing bedpans.

It was there the matron approached her to train as a nurse.

At first Yarran declined, doubting herself, but over time she agreed, and found herself at the Manjumup Training Hospital in the early 1970s.

It was nearly 20 years later that she enrolled at Curtin University to qualify as a registered nurse.

What came as a shock to Yarran is that even in this academic environment, racism followed her from classroom to classroom.

“I had four midwife students as friends, but out of a class of 40 the rest either didn’t care, weren’t inclusive or sometimes were just downright cruel. My wodgella friend and I heard one midwife student say to another, ‘Did you see the car Gail is driving? I bet the government just gave it to her because she’s Indigenous’.

“These women were meant to be nurturing nurses with a postgrad qualification that honoured and respected all women, but when it came to a classmate their racism shone through,” Yarran said.

Yarran says throughout university she maintained close contacts with her family and community, but also drew strength from her white friends.

“A couple of those wodgella girls wouldn’t stand for the things said about me and together we grew and stood together. Those girls valued my wisdom and we are still really close friends today.” 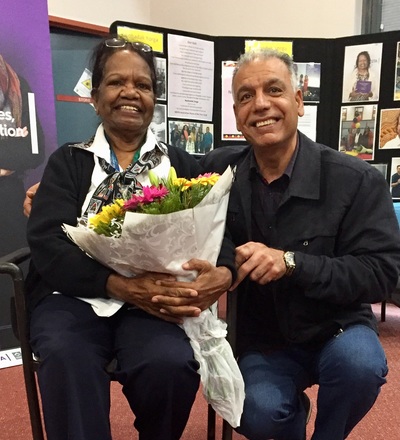 Drawing on her faith

Yarran advises other Indigenous health workers to identify their supports, and make sure they can talk to those people when they’ve run up against prejudice or closed minds at work.

For Yarran, this includes drawing on her faith.

“I have a deep spiritual faith and I know that my faith kept me strong. Mum used to encourage us that there was a battle we could see and a spiritual battle that we couldn’t. In the spiritual battle I had so many good forces and strength that my family and I could resist the paralysing effects of outward bullying. Our kinship is validating, supportive and strengthening.

“In this way, with joy, successes, family connections, yarning with others, and fellowship and involvement in other communities that were loving, giving, supportive and life-giving, I learnt to combat and resist the terror that racism gives.”

Advocating for the community

As both a clinician and an elder, Yarran is particularly effective as an advocate for better health care for Aboriginal and Torres Strait Islander people.

Part of the maternal child health team at the Derbarl Yerrigan Health Service, Yarran advocates for the client, encourages people who may not otherwise engage with mainstream health care, and says she’s always working to build better awareness of Indigenous experiences.

She advocates what she calls “clinical yarning” — teaching non-Indigenous health professionals how to make connections and build trust with Aboriginal people.

She says health professionals have to take the time to understand where their clients are coming from, and what is their history and culture, in order to provide appropriate care.

Along the way she has earned the respect of Indigenous and non-Indigenous people and health professionals alike, who call on her wisdom to solve issues at a local and state level.

Yarran sits on advisory councils at Royal Perth Hospital and King Edward Memorial Hospital, is involved in two research projects at Murdoch University, and is a volunteer Indigenous ambassador for the Heart Foundation.

She has presented at universities and spoken at international, state and local conferences, always seeking equal opportunity and parity for Indigenous Australians.

The HESTA Nurse of the Year Award is simply the most recent of Gail Yarran’s many accolades. 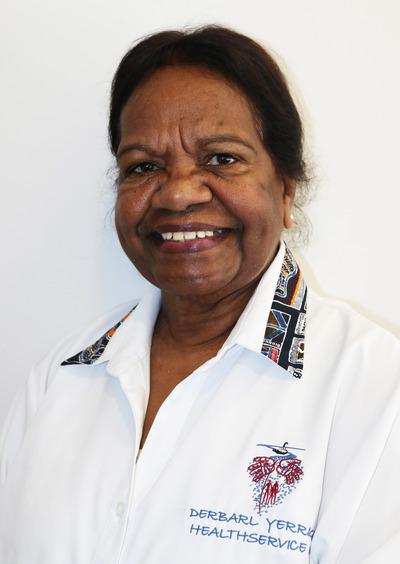 *Di Martin is former Director, Communications at the National Rural Health Alliance. This is an edited extract of an article that first appeared in the NRHA’s Partyline magazine.