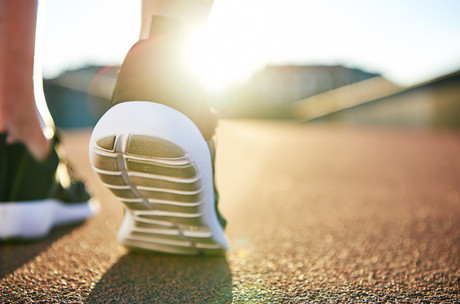 A study published in The BMJ shows that physical activity — regardless of intensity — is associated with a lower risk of early death in middle-aged adults and older people. On the flip side, being sedentary for 9.5 hours or more a day (excluding sleeping time) is associated with an increased risk of death.

Many studies suggest that physical activity makes a positive contribution to health and long life, with sedentary behaviour having the opposite effect. Sedentary lifestyles are associated with increased risk of type 2 diabetes, cardiovascular disease, obesity and all-cause mortality.

According to the Australian Government Department of Health, adults aged 18–64 years should aim to engage in 2.5 hours of moderate-intensity physical activity or 1.25 hours of vigorous-intensity activity each week to help improve blood pressure, cholesterol, hearth health, and muscle and bone strength.

In regards to sedentary behaviour, the guidelines recommend that sitting periods be broken up as often as possible, with sedentary recreational screen time limited to 2 hours each day.

To further explore how much and what kind of physical activity is protective of health, a team of researchers from the Norwegian School of Sport Sciences in Oslo analysed observational studies assessing physical activity and sedentary time with death (all-cause mortality). Led by Professor Ulf Ekelund, data were analysed from eight studies involving 36,383 adults aged at least 40 years, with an average age of 62 years.

Accelerometers were used to measure total activity in counts per minute (cpm) of wear time. The intensity of physical activities were separated into three categories — light, moderate and vigorous — with the time spent moving at these intensities estimated.

The participants’ activity levels were tracked for an average of 5.8 years and categorised into quartiles, from least to most active.

The researchers found that any level of physical activity, regardless of intensity, was associated with a substantially lower risk of death.

The largest reduction in risk of death (about 60–70%) was between the first quarter (least active) and the fourth quarter (most active), with approximately five times more deaths in inactive participants compared with those most active. This strengthens the view that any physical activity is beneficial and likely achievable for large segments of the population.

Spending 9.5 hours or more each day sedentary was associated with a statistically significant increased risk of death.

The study authors acknowledge that increasing activity at the population level is challenging, but commented that walking is a promising target for intervention as it is simple, affordable (free), achievable for older adults and rarely contraindicated.

The researchers said that developing ways to limit sedentary time and increase activity at any level could considerably improve health and reduce mortality.

How Australian genomic research is providing us with new tools in the global battle against malaria.

A Day in the Life of an Elder Clown

In Conversation with Christine Morgan