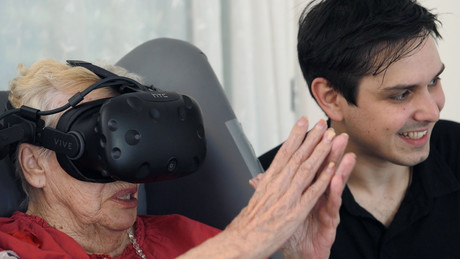 Virtual reality can transport aged-care residents to another country or open them to new experiences, all from the comfort of their armchair. Jarrah Cohen* explains how.

Virtual reality (VR) is an emerging technology that fully immerses the user, giving a complete sense of presence within another location. Since its inception, VR has been developed for both industry and consumer use. Despite a peak in consumer interest in VR in 2016,1 industry interest has continued to grow with major companies adopting it, such as Ford, Boeing and Walmart.2

Contrary to popular belief, VR’s not a new technology. As early as the 1960s, a VR headset was created that resembles what we know as VR today. The development of VR technology slowly progressed until 2012 when games industry giant John Carmack introduced Palmer Luckey’s prototype headset to the world. In less than two years, Luckey’s company, Oculus, was acquired by Facebook for US$2 billion. Since the initial launch of Oculus, other big players have entered the scene, including Microsoft, HTC and Valve.

One of the industries that has found a use for VR is aged care. With VR, aged-care residents are now able to have experiences they might have otherwise missed out on. Experiences like using VR to visit places from their childhood, or travels. Or perhaps keeping them curious by seeing and learning about places they always wanted to visit. Maybe they would like to experience something new like scuba diving, kayaking or sailing.

Because VR is convincing enough to give residents true presence within another location, there is also potential for therapeutic benefits. These include benefits to memory recall, cognitive stimulation, improved mood and increased social activity. Research shows these elements are key factors in longer term improvement which can lead to more independence, prevention and management of cognitive impairment, overall quality of life and lower chances of depression. More research is needed in this area but early studies are promising.

A common question we get asked is: “Are older people fearful of VR?” No, they are not. In fact, research has shown that the attitudes of aged-care participants towards the technology doesn’t affect the use of VR.3 What makes VR unique is that unlike other forms of technology, VR doesn’t rely on learning new skills to interact with it. To interact with VR, residents use their eyes, ears and hands in the same way they would in their everyday life, and therefore find it intuitive and natural. 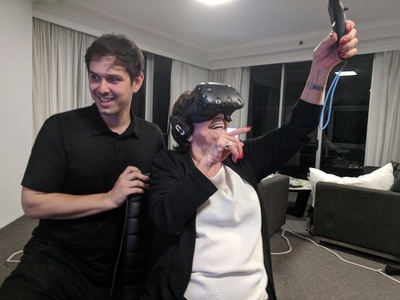 We have identified three methods of implementing VR programs in the residential aged-care sector, depending on staff availability, technical knowledge, budget and desired outcome.

VR is a powerful tool for aged care but it must be handled with care. It’s easy to disengage residents with VR or make residents uncomfortable or nauseous. Once residents have a negative experience, it’s hard to change their mind. It won’t take long before every resident is bored with VR and at that point, there is no reintroducing VR. So if you want VR at your facility, find an expert who can help implement it properly to maintain quality engagement every session. That way, you will have a successful VR program into the future. 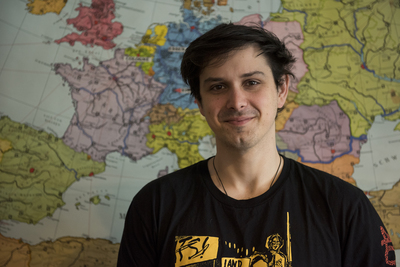 *Jarrah Cohen is co-founder of Nomad-vr.com