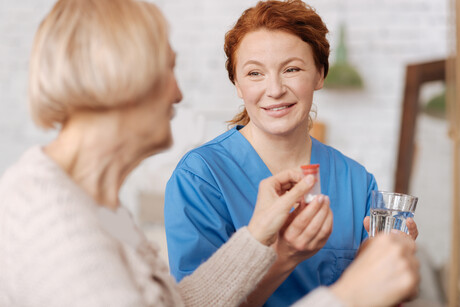 An older person’s perceptions about their health — known as health-related quality of life (HRQoL) — may predict their health in the future, new Monash research shows.

Four studies led by researchers at the Monash School of Public Health and Preventive Medicine found that self-perceptions of health were a valuable tool in helping to identify older adults at risk of death and adverse health events, and could assist doctors in patient care.

In the latest study, researchers found older adults who reported a decline in physical aspects of quality of life over almost five years were 51% more likely to develop cardiovascular disease compared to those who reported high physical HRQoL. A consistently low physical HRQoL trajectory was associated with greater likelihood of dying compared to the highest ranking group.

Researchers analysed self-reported quality of life data in 16,871 participants in the ASPREE (ASPirin in Reducing Events in the Elderly) trial and tracked their health for a further two years in the follow-up ASPREE-XT study. Study participants were mostly aged over 70 years, healthy and living independently in Australia and the USA at enrolment into ASPREE. Participants reported HRQoL — a method to rate aspects of their physical, psychological and social (mental) wellbeing — at entry into the study and annually for an average of 4.7 years.

Sixty-seven per cent of participants consistently rated their physical HRQoL in the high category; 13% as intermediate; 14% as declining; and 7% as low.

Earlier, in separate analyses of ASPREE data that examined HRQoL at the beginning of the study only, researchers found:

Lead researcher and PhD candidate Aung Zaw Zaw Phyo said, “The studies indicate that self-reported HRQoL could be used to supplement objective measures, such as weight, blood pressure and cholesterol in outpatient health assessments and care.

“Our research strengthens the importance of HRQoL as a predictive measure of cardiovascular disease, dementia, cognitive decline and deaths among older adults living independently in later life.”