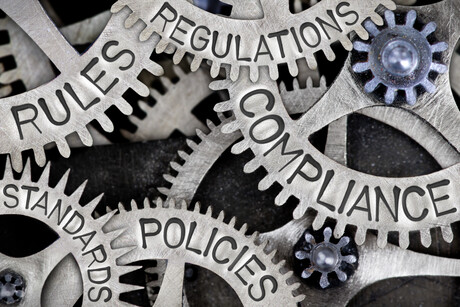 The Council on the Ageing (COTA) Australia has released the key public policy areas that need to be addressed to improve the lives of older people.

The agenda covers 12 policy areas — including aged care, retirement income, health, elder abuse, digital inclusion and social inclusion, among others — and makes 37 recommendations for the 47th Parliament of Australia.

COTA Chief Executive Ian Yates AM said, “We are not apportioning blame for the past. Both major parties have things to be proud of, and failings, but our focus is on what can be achieved in the next three years. That’s what matters to older people, and indeed their families, which is really all Australians.”

“Ageism — negative messages about ageing — is endemic. Australian Human Rights Commission (AHRC) research in 2021 says that 83% of Australians believe ageism is a problem in Australia, and 63% have experienced it in the last five years. Ageism is expressed in many ways including laws and policies that harm older people, employment discrimination, exclusion from health and other services, and social isolation.

“It’s time to remove ageism from Australia — especially to strengthen age discrimination legislation so it’s actually effective, because it’s a failure now — and tackling it in employment services and the healthcare system is a priority. That includes putting oral and dental health care in Medicare as originally intended 50 years ago. In the meantime, a special program of oral and dental health support to older Australians of up to $1000 per year should be introduced immediately.”

“Elder Abuse is widespread, poorly identified and often difficult to prove. While often highlighted as an issue in nursing homes, elder abuse is far more common, and far less reported, in the community — usually from family members and close friends and sometimes lawyers.

“Physical, sexual, psychological, emotional and financial elder abuse are crimes that occur every day in every neighbourhood in Australia — city, country, rich and poor. Much more concerted action by governments is long overdue. If elder abuse was child sex abuse, or gender violence, it would not be tolerated. It’s time that applied to older people. Government and parliament must act.”

“A major process of transformative reform is underway after the recent Royal Commission into Aged Care. A new human rights-based Aged Care Act must increase the rights of older people, improve transparency and place the older person at the centre of the care delivered.

“Older people need and want choice and control over how they live their lives, in both home care and residential. No-one should wait more than a month for home care — all parties must commit to this. Poor quality operators should be forced out of the industry.

“Fixing the aged-care system will take some years, and any negative changes in the current government’s comprehensive policy response will delay the urgent timetable of reform. But the government’s response to the workforce challenges now being faced is inadequate and the Opposition’s commitment is welcome if it can be delivered — but we need to see all of their aged-care reform policy, especially on Support at Home.

“Every previous aged-care reform has been resisted by aged-care providers on the basis of self-interested arguments about the pace of change and taking exception on the margins to reform proposals. And they are doing it again in lobbying both the Opposition, which has not committed to the government reforms, and to the government in the election context.

“It’s time aged-care providers realise that the aged-care system is about older people who need support and care, in ways that enable them to maintain their independence. It is not about having their lives managed by providers and the government.

“Ensuring that the government reform package, much of which was directly advocated by COTA, is delivered fully and in a timely manner will be a challenge for the next government and the 47th Parliament of Australia.”

“Retirement income policy, which has too often been treated as a political football in Australia, also needs to be addressed. Rather than playing politics, we would like to see straightforward policy changes to make the system fairer, and more effective.

“Australia should stamp out unfounded speculation that the Age Pension may not be there in the future by establishing a bipartisan ‘Pension Guarantee’.

“Rather than use their superannuation to provide a better standard of living, many older people live frugally, in fear of their own longevity, and end up dying with large superannuation balances that only benefit their inheritors. This must change.”

“A whole-of-government Ageing Strategy would ensure initiatives for older people are better coordinated, and ageism doesn’t impede good development and delivery of innovative and responsive services. As government increases its digital services footprint, and the population continues to age, ensuring a coordinated engagement with older people has never been more important.”

Food safety and the importance of training

As the industry struggles to find certified staff to support more than one million Australians...

Why I chose to work in aged care: Natalie Nobes